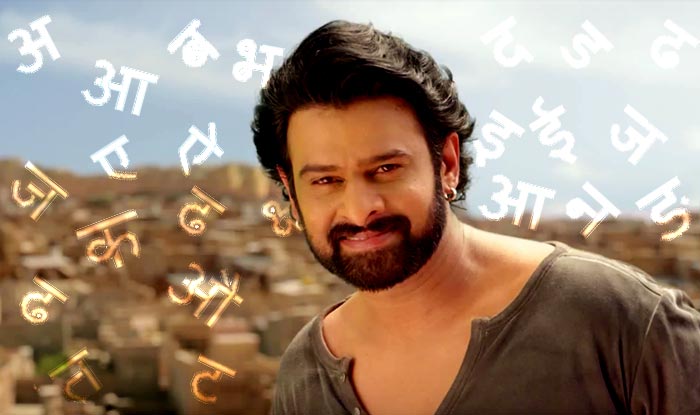 The south Indian cinema superstar Prabhas has won millions of hearts after the blockbuster film Baahubali - The Beginning'. Prabhas did not just capture the southern movie fanatics' attention but the actor managed to gain fame with his performance amongst the Bollywood movie buffs. Now it is heard that the actor is planning to learn Hindi for future prospects.

According to reports, Prabhas' family and friends wants the actor to take a step further by entering the glamorous B-town industry. Prabhas is currently busy filming the sequel of S.S. Rajamouli's Baahubali 2. It is expected that the film would start rolling from the end of November. There were many other south Indian superstars who tried their luck in Bollywood in the past but that did not work for them. Prabhas' friends have warned him if he has any such serious plans. (ALSO WATCH: Mahindra TUV300: Baahubali actor Prabhas makes his TVC debut (Video))

Now if the Baahubali superstar has to do something great then mastering the national language is a must. It would definitely help him to shape his career in the Hindi film industry. Likewise, his very concerned friends suggests him the same. No official confirmations have been let out yet. In the meanwhile, it is heard that S.S. Rajamouli would be filming the second part ofBaahubali even in Hindi. The other languages in which the movie would be released are Telugu and Tamil. So, let's wait and watch if Prabhas makes it to Bollywood or not. (ALSO READ: Bahubali stars Prabhas and Rana Daggubati: Who is the senior Telugu star so ENVIOUS of the actors?)
1 Likes this

prabhas is a good actor and has great physique but his dialogue delivery sucks...hope he improves it..
0 Likes this