The next morning, Riddhima made breakfast for everyone, obviously, all of Armaan's favourites in honour of his birthday.

Armaan loved it. He loved Riddhima's cooking and he really appreciated her doing all this for him. When he told her so on the way to the hospital that morning, she just laughed it off.

"Nahi. Kuch lekin - wekin nahi. Jab mera birthday hota hai, tum nahi karte mere liye kuch? She asked, knowing that would shut him right up. He always went out of his way for a grand gesture on her birthday every year. She was right and Armaan just shrugged sheepishly.

Armaan was really curious now (like you all are :P). He wanted to know what Riddhima was planning. He hoped it would lead to them spending some alone time. He had loved spending time with his friends last night, but he hoped that they would have some time with each other as well. Come what may, he wasn't willing to pass on their tradition of a quiet dinner, just the two of them. Knowing his friends, they'd crib and make faces, but he wasn't going to give in. They got their party, he wanted to spend time with his girl now.

They'd reached the hospital by then. Armaan parked the car in a remote corner where he knew they'd be hidden from view. Riddhima who was too busy enjoying the fact that she was making Armaan squirm seemed to not notice that.

"Soch lo, Armaan whispered in her ear, kissing her earlobe.

"Haan, Basket. Bolo na, he replied, not stopping his assault on her tongue.

Riddhima moved away, restricting access to her neck. Armaan shook his head and freed Riddhima of her seatbelt, turning her around and kissing her hard. He didn't give her time to react as he deepened the kiss, kissing her with everything in him. Riddhima kissed him back just as fervently.

Armaan pulled back when it became necessary, kissing down her neck.

Armaan moved back, still in a daze. Riddhima took this opportunity and made a run for it. Armaan's tactics, though amazing, had also been taxing. She needed to compose herself before she went on duty. So, she rushed into the nearest washroom and splashed her face with water. Armaan wasn't faring any better. So maybe seducing her before work hadn't been the best idea, especially in the parking lot, but Armaan was grasping at straws. He really wanted to know what Riddhima had in store for his birthday. So far, it had been really good and he wanted to know what it was that Riddhima had planned for the rest of the day.

He sighed before reporting for duty. Thankfully, he didn't have a lot to do today, something he was sure was because of Riddhima. She'd been jumping at the seams, all excited about what was in store for him. So, he was sure that she'd requested that the two of them not have too much to do today so that she could do whatever it was that she had planned. And, sure enough, by the time lunch rolled around, she was pulling him by his wrist and demanding that he drive them to Canto, his favourite restaurant in the city.

"Thank God! Armaan muttered, getting out of the car and then helping Riddhima out.

He was definitely not ready for the sight that greeted him. The entire restaurant had been cleared out. His parents stood at one table, big smiles on their face. Armaan laughed, the tone disbelieving. His parents had said that they'd be too caught up in work to make the trip for his birthday, had insisted that he come up to Delhi instead, but he'd been equally busy and couldn't. So, they'd resigned themselves to celebrating separately. His parents had called last night to wish him and tell him that they hoped that he'd enjoyed the surprise party Riddhima had thrown him. He didn't have the slightest inkling that they'd be here today and he was so very happy to see them!

Since Billy and Ananya had patched things up, they'd made an increased effort to mend their relationship with Armaan as well who had been caught up in their fights. It hadn't been easy and had taken a lot of time, but they were finally in a better place and their relationship was improving day by day, something all of them were thankful for.

Billy and Ananya stepped forward together, one unit, and pulled Armaan and Riddhima into a hug. "What are you doing here? I thought you had work! Armaan exclaimed.

"Okay, okay. No fighting, Ananya instructed before Armaan and Riddhima could start World War III over this. "Fine, Armaan said, making a face at Riddhima who just gave him a smug smile.

They enjoyed a scrumptious meal, post which Armaan cut another cake and Billy and Ananya gave him presents. They'd gotten him a black biker leather jacket and leather bound copies of Game of Thrones. 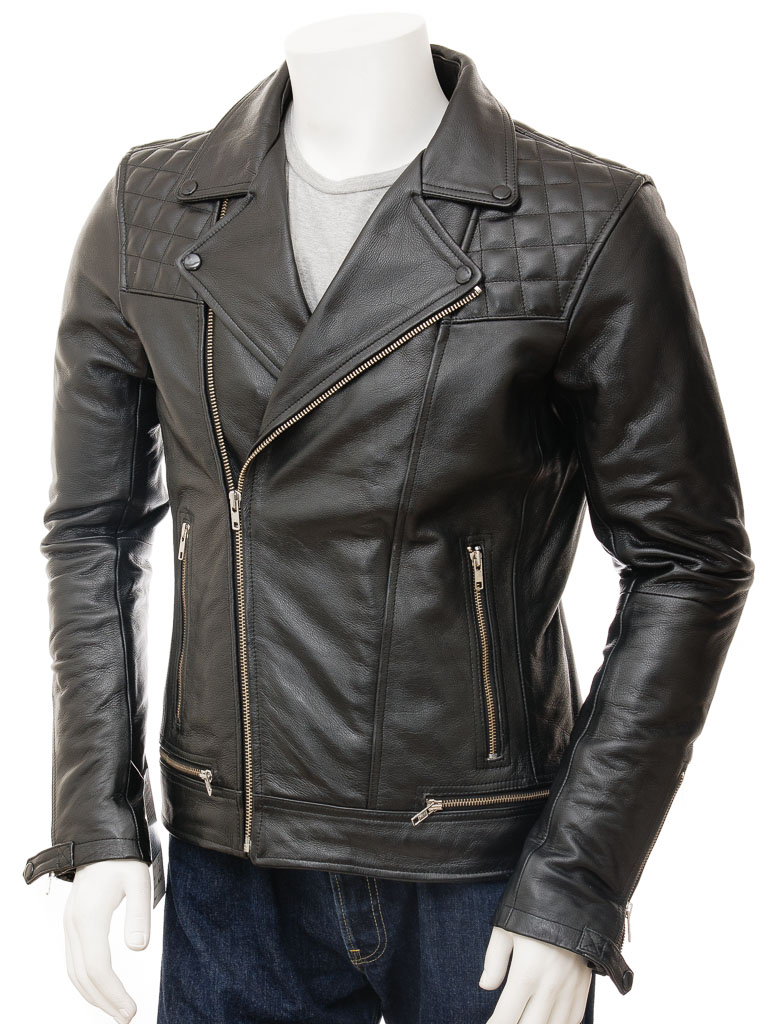 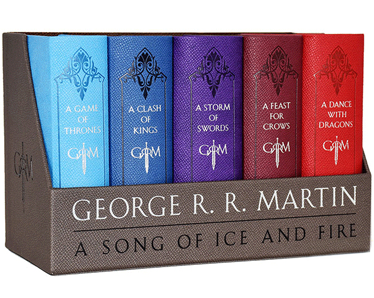 "Mom, this is amazing! Armaan told her, giving her a tight hug! Ananya smiled and wrapped her arms around him, returning his hug fully.

Everyone chuckled at him.

They spent some more time merry making like that before Armaan and Riddhima had to return to work. They dropped Billy and Ananya off at the Gupta Mansion and then went to the hospital.

"You and me and dinner tonight, Armaan! Riddhima called out before she walked off at the hospital. Armaan grinned. Best birthday ever.

Later in the evening, Riddhima told Armaan to get ready and put on the clothes she'd kept in his locker. It was a plain white tee with dark washed jeans and the leather jacket his parents had got him with some boots. Armaan smiled. His girl knew him well. He'd been itching to wear the jacket since he'd gotten it but the hospital was hardly an appropriate place to wear it. So, he gladly put it on.

Per Riddhima's instructions, he was waiting for her by his car. She walked out a few minutes later, clad in a fancy top and jeans. She looked hot. Armaan was having a hard time looking elsewhere. Riddhima grinned at that.

"Ready? She asked him when she reached him.

Armaan nodded mutely. Riddhima moved to the passenger door. Armaan's eyes followed her movements but he didn't move an inch from where he stood.

"Armaan! Riddhima called out exasperatedly. That seemed to snap him out of his daze and he looked at her questioningly.

Riddhima shook her head. She walked to him and held her palm out. Armaan looked at it confused. "Keys, she demanded.

"Kyuki mujhe gaadi chalani hai, she replied. It was clear Armaan wasn't in a state to drive at the moment and she had not driven for so long.

Armaan shook his head mutely and handed her the keys. "That's like a good boy, Riddhima said and placed a smacking kiss on his cheek. Armaan laughed.

She drove them to Shamiana, Taj. She loved the food here, especially since it was a rare treat. Her father brought them here to celebrate any successes. The last time she'd been here had been when her and Anjali had gotten their residencies at their hospital.

"Armaan, before we go in, Riddhima started. Armaan nodded to indicate that he was listening. "This is my treat. She stated.

Riddhima shook her head. Her boy was so slow at times.

"Armaan, meri treat matlab main pay karungi, she spelled it out for him.

Armaan sighed but nodded. She had given him the eyes. She knew he was a sucker for the eyes.

"Thank you! Riddhima squealed, exiting the car. When Armaan came out, she gave him a tight hug. Armaan hugged her back, pulling her completely against his body, not an ounce of space between the two of them. "I love you, he mumbled.

"I love you, too, Riddhima replied. He gave her a quick peck and then tucked her under his shoulder moving towards the restaurant. They enjoyed another great meal and then Armaan had to cut another cake. This was by far his favourite. It was Superman, after all. And then, Riddhima gave him a present, as if everything she had done for him today wasn't enough. She got him a collection of all of Paulo Coelho's works and a stack of the Gryffindor House Pride Harry Potter hardcovers. She also got him some chocolates and perfume. "Riddhima, all this is so unnecessary, he complained.

After dinner, they walked along the Marine Drive and then Armaan put on some soft music and they danced. It was well past midnight when they got home which is why Armaan crashed at the Gupta's. He slept with a huge smile on his face. Best birthday ever indeed.

And I'm back! Thank you for being so patient! I had exams but they're thankfully over. But, I have lots of work so I can't promise regular updates! Anywho, I hope you liked this one! I missed you guys! XOXO

Good to see u back so finally update wow that's awesome & I love the update , very well written Armaan's birthday surprise so lovely & update next as soon as possible :-)
REPLY QUOTE

huuu
Look who's back...
heyya pragwati
how r u?????
well kya kahun yaar this ff completely reminds me of DMG .i mean Ar scenes gang scenes Sanjeevani guptas n malliks
every damn thing reminds  me of DMG...
ESPECIALLY AR DIALOUGES
they r on fleek always n it sounds like AR AR LIKE
I think i  am confusing u

Finally u updated after so long...
but still the charm of ur work is still their...
loved it mahn...
n wow Riddhima ne kya kya surprises diye hain Armaan ko
it was totally amazing..n loved all AR moments...
superb part..loved it...
REPLY QUOTE