Arya! U put a very eloquent analysis.
Nisha you really know how to keep us in your web of this fiction. Young gurls keep awake at night( in India) just keep talking & looking for R&B. I can't stop laughing at some of the comments. Thank you for connecting me these funny,amazing women.
More later,,,phone sucks
8
REPLY QUOTE

Nish got up and read this first thing in the morning.. Spectacular as always.. Can't write more running late for college need to get ready..
Next update?
4
REPLY QUOTE

Finally got to this after a few hrs break

Loved this update ,R&b and Ii in a room I guess we need nothing else

These 2 from day 1 behave married , the comfort level, the love they share is is so real that you become their obsessive shipper! Marriage is just a formality ..
Arya I think commented on the titles to the chapter I  also looove  the way you end each chapter and every time yeh dil maange more!! You get us to ask , think what can happen next, the hug totally had me

they are def perfect for each other kudos to your writing

Between 11th & 17th
He quietly sat up, she leaned... trying to use the wrong remote, to change channels
"I have to go to Dubai in March" he said quietly
"U should do then" she said
He brought his arm around her and hugged
"Go with me"
"Appa ko kya kahoongi?'
"U are going on a vacation with me" he said
"I am not joking" she said somberly moving away from him...
Opening the bowls to find ravioli and pasta in two bowls, she smelled
"Both are vegetarian" he muttered
He put his feet back up, she ate quietly...
She ate half a tiramisu... and left the other half on the plate, he cut a sliver off and tasted that..
"Dubai in March and Paris in April" he said
She looked at him... wordlessly
"I should go home" she said, "I am sure I will find out when u are gone" (U dont have to tell me)
It was not even 10, he acted like he didnt listen...
she leaned back..."I will come here every Friday and and Saturday and Sunday" she said smiling
"what should I do the other days?' he asked seriously
"wohi jo main karoongi" she said sadly
"will u be willing to get married at the Registrar's? he asked softly
She sat up shocked..."Ummm... akele?" she asked
"Mihir and (longish pause) Sam? (Did he want to say Ranjan?) from my side and u could ask Akka?" he asked "bally" "does he know"
She nodded quietly, smiling a little... "Your best friends?"
She felt like crying "I have 500 on FB" she said bitterly...
"II" he coaxed...
"stop it" she said
"Come here" he reached
She evaded the arm... "Do u want the ring?" longish pause..."For resizing?' she asked
"No we should do it after the wedding" he said bitingly
HE KNEW EXACTLY WHAT SHE MEANT AND IT PISSED HIM OFF
"Its not like Ive worn it for years, I bet I can be without"
"Enough II" he said getting up
Walked over to the balcony
"If u wont eat, or wont talk or will be upset main ghar ja rahi hoon" she told him by the curtains
He turned to look, as he leaned on the rail, one foot up
He glared at her
She didnt go
She didnt want to it was only 9:25...
"My things are in your car" she said.
He extended his left hand, with a half smile
"If I tick u off, u will push me over" she said walking over eagerly
"I will pick a cleaner spot, this has too many trees" he said, pointing down...
She gave him her left hand, he switched to her right, then let her lean and leaned behind her wrapping his arms around her belly, bending down... he rocked from foot to foot to foot
Bent down and kissed her bare shoulder, pushed her locks away, she wore a slim gold chain with a locket, he fished in her cleavage and found it, it was a gold "peace" circle..
"I wear it when I PMS" she said giggling leaning back
"doe sit help?' he asked smiling...
"No.. I fight more" she giggled heartily.. he hugged her tight...
"Your hair smells like jasmine all the time" he said
"I wear it five days a week" she giggled
"I wear yards of it... Amma buys  10 yards I think I get 8"
"I love it" Jab main KV mein thi I would be ashamed to wear flowers in my hair, abhi I dont care"
HE WENT BACK TO LISTENING
"There was once a cute boy in 11th I was in 8th, Amma put flowers in my hair without asking. He said I looked pretty"

He held her tighter...
"He shaved, I thought that was sexy back then" chuckling

He didnt tell her he was jealous, but gently reminded her, by rubbing his chin on her back... it scraped with his 9 O clock shadow
She arched... aroused.. "No" she groaned
Reaching for his chin by waving her hand behind her head
He put his tongue on her, tracing the neckline..
"I wore flowers for weeks, but he never said anything" her shoulders slumped
He did the best he could to distract her with his hands, letting it creep up over her ribs...
"Then at Akka's wedding an IIT dude Prashant I think, I tripped over my lehanga.. he held my waist.."
I thought he was my SRK"

He turned her... "To see whos taller" she said huskily
He bent down as she dodged... "No more" he said firmly kissing her... they both did not notice the car pull up,
Ranjan get off, he saw her red kurta and smiled he didnt notice his son kissing her, the trees blocked his view...
"You are too tall" she said dismissively gasping on his chest.. not willing to acknowledge he had her floored..

He had brought her braid to the front she inhaled and smiled realizing he was right..
"Paati's house is in Madurai, its famous for jasmine," she continued her life story
Amma and paatti would string every evening, Paatti is grandma BTW, she said, string on banana fibre..
I would run in and jump over the basket and it would be strewn all over the living room
She laughed big and hard
"Paati loved me, Amma is strict" she said
Appa?' he asked softly... holding his breath, gently probing

"Appa is a softie, he agrees to everything" she said smugly, turning slowly facing him, he leaned her on the rail, she leaned on him instead
"I am his kozhandai" she said huskily as he pressed her against the rail, gently moving blushing at the contrast of what she was saying vs what he was doing to her

"It means a baby" she moaned.. .. he took her hand and guided it places that weren't gentlemanly,

she trembled and struggled... there was nothing baby like in how he was tormenting her

He didnt care...
"U are so evil" she said pushing him after a while giving him what he wanted

He sat on the swing and reached, she sat by him, he swung big and wide, a looong arc... "Paati's house has a swing in the central hall, I would swing with two braids, I would watch my braid sweep the floor"
She leaned back letting her hair fall over the wrought iron back... "Aur tez" she coaxed. turning his chin "See its only a foot off, vegam" she said
He smiled and swung... she fell on him under the force...
"U need seat belts on urs" she said
He slowed down... to a gentle sway, a bunch of books fell off... she grabbed one and tried to read...
She closed his eyes.. "read unread?" she made him guess
"Just like that?"
"Title bataoongi kya?"
"I am going to say" unread"
"She showed him... "Read" he said
She opened it from the lights below it read "Marliese"
She dropped it... moving gently away..
"Its from years ago" he said, he knew exactly what she saw

removing her trapped hand
"Somewhere in between"

he said without quoting a number, he didnt say 2nd?
IT HURT HER LIKE HELL

I am dead!!!! I have nothing to say!!! This was simply awesome...Its so damn full of RB now I have to start thinking of him all of a sudden early in the morning only

Mahesh Babu will NEVER fit R&B. EVER.
But.
We could check out Vijay (the Tamil actor).

His off-screen persona could be R&B. 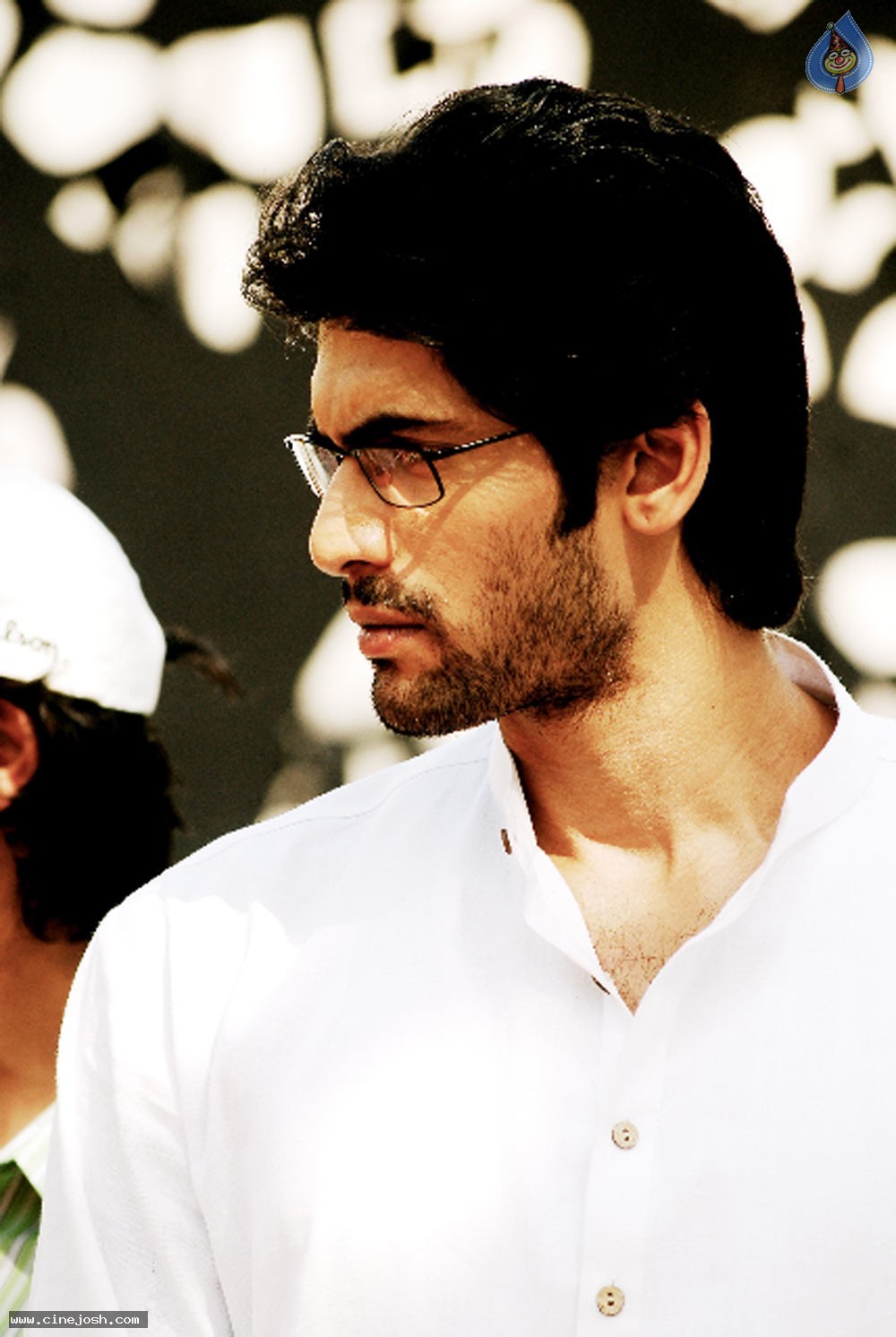 Maybe he will do, tentatively.
Or, even permanently, if he's willing to reconstruct the nose

Quit it , you dollies
danger forewarned 'CARPAL TUNNEL SYNDROME', a condition of aching hands, wrist, fingers , the forearm etc.( my half baked medical knowledge says it could also be due to continous typing ,keypad and clicking of mouse too, I am no authority here, but thought the foll: link would help!!

Ermmm.. We get excited by hearing the name only... What to do???? Not our fault