Ha yaar much waited talk between armaana and rahul

now i guess everything is sorted out between AR

hope u will show nice friendship bond between armaan and rahul

tho next  part keliye we have to wait for some time?koi baath nai

enjoy ur holidays at grandma's house for sometime 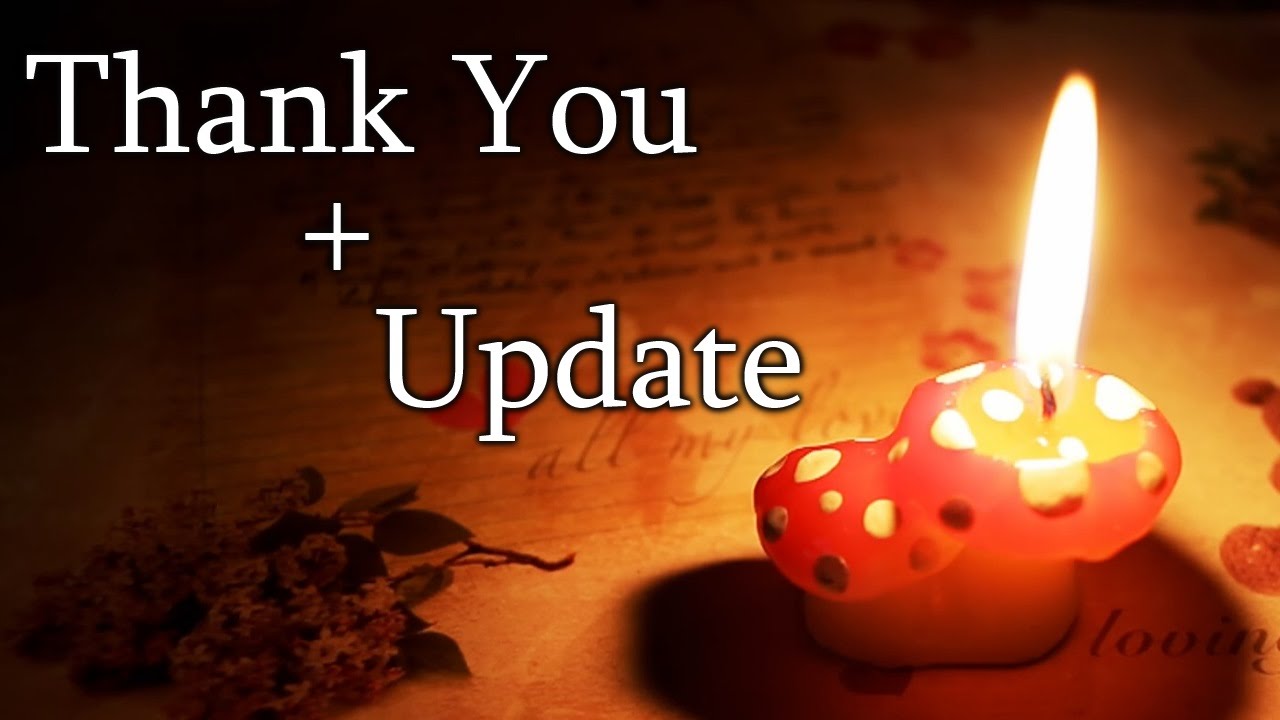 Ha yaar much waited talk between armaana and rahul

now i guess everything is sorted out between AR

hope u will show nice friendship bond between armaan and rahul

tho next  part keliye we have to wait for some time?koi baath nai

enjoy ur holidays at grandma's house for sometime

Thanks Tanya!
It means a lot to me!
Will definitely try to update soon!
REPLY QUOTE

Riddhima hurried towards Rahul's room. Finally, after a lot of pleading and pouting and guilt - tripping, she was allowed to come visit him. And Armaan. Of course. She really wanted to see Armaan.

Riddhima had never thought that she would be one of those girls. You know, the ones you classify as clingy? Those who couldn't go without seeing their boyfriends for a few hours? Who completely obsessed over them? Thought about their men all the time?

But, then, she hadn't ever thought she'd have a boyfriend!

All of that changed when Armaan came into her life. With his caring and loving nature, his attitude, his pranks, his love, his eyes and his smile and everything else that was so Armaan, she didn't stand a chance. She didn't have a choice. Because falling in love with Armaan was not a choice. It was not an option. It was a necessity. It was air. And it was water. It was fate and destiny.

She smiled as she thought about that idiot boyfriend of hers. He was just so endearing and adorable. Others often used the words hot and sexy and handsome and dashing to describe him, but to Riddhima, he was just cute and adorable. Not that he wasn't hot or sexy, because, by God, was that man sexy? With a body like his, those biceps and those abs, he was one of the sexiest men Riddhima had come across.

But, it wasn't those qualities that had attracted her to him in the first place - okay, maybe a little. But, he was sexy! It wasn't her fault. However, she was attracted to him because of his sweet and loving and caring nature. The way he behaved like a kid most of the time. How he went out of the way to express himself to her. All his stupid antics. That was what she loved about him. Not just his body or his physique or his face. Even though they certainly worked in his favour.

She sighed thinking about him. As much as she loved him, at the moment, she really didn't like him much. The reason for that was simple. She couldn't find him anywhere.

She had come in early this morning, hoping to spend sometime with him before going to see Rahul. But, the man was nowhere to be found.

He wasn't in the cafeteria or the locker room. He wasn't at the fire escape. He wasn't with any of his patients. None of the staff knew about his whereabouts and he wasn't answering his phone.

So, it was safe to say that she was pissed at him. She was going to see Rahul, hoping he would know something about Armaan.

Maybe, Armaan had taken the opportunity to talk things out with Rahul. That was a somewhat disturbing thought, if things had not gone well, that is. This stand - off between the two boys in her life was taxing for her. It hadn't even been that long since Rahul had returned, yet his bitterness was a sore spot for Riddhima.

But, she wanted him to try. For her. For Armaan. For himself. After their initial coldness - male ego thing, whatever it was - had been put to rest, the two of them had been the best of friends. Rahul had supported their relationship and Armaan had always been there for Rahul when he needed a friend.

Their friendship had been beautiful. The bond they shared, their camaraderie - it had been amazing. Riddhima had always been thankful for Rahul because he helped keep Armaan grounded. He had helped Armaan get out of plenty of adverse situations. Armaan, for his part, had been Rahul's so called Love Guru' and helped him pursue Muskaan. They had always had each others backs. Their kind of friendship was hard to come by these days.

They'd been friends, brothers, before Armaan had gone. And now, they were like two strangers. Strangers may have been a wrong word considering that Rahul held a grudge against Armaan & Armaan was just trying to appease Rahul so that things could be fine between them.

And, though Rahul was her best friend, really important in her life, no one was as important as Armaan. Rahul's behavior towards Armaan had been really upsetting. Hadn't Rahul done the same thing? Leaving Muskaan when he knew that she would be better off without him? Rahul was behaving like a stubborn, judgemental & hypocritical asshole - a fact that she strongly despised. Had it not been Armaan who had stopped her from interfering, she would have had a word with Rahul.

But, the fact of the matter was that Armaan had told her not to do so. She was proud of him for saying that. It just showed how much he had grown as a person. Earlier, he would have picked a fight with Rahul, with nasty blows and punches may or may not have been involved, but he hadn't done that. And that was saying something.

Now, if only she could find him.

Riddhima sighed before opening the door to Rahul's room. Nothing could have prepared her for the sight before her. It seemed that the night had been pleasant, after all.

Muskaan was sleeping on the chair beside Rahul's bed, her head on his stomach and her hands splayed across his body. Rahul's hand was on her head, as if caressing her hair. Both of them had content smiles on their faces. In the corner, on the sofa, Armaan was splayed, sleeping soundly.

She moved towards him and smiled admirably, ruffling his hair and pecking his forehead. Armaan smiled widely when she did that, as if he understood what was happening, but other than that didn't move a bit.

Riddhima smiled and moved to the table beside Rahul's bed to pour herself a glass of water. The noise woke Muskaan up and she looked around, startled. She took in her surroundings, surprised to find herself at the hospital. Then, as if it all clicked in her mind, she remembered where she exactly was.

She saw Riddhima and her eyes widened immediately. She shot up from the chair, looked from Rahul to Riddhima, shook her head and then ran out of the room without saying a word.

Riddhima was completely confused on seeing this. Why had Muskaan run away? Was she not supposed to know that Muskaan was here? Hadn't Rahul and Muskaan sorted their problems last night?

Did Rahul even know that Muskaan had been here?

These were all questions that she had no answeres to. But, before she could get lost in her own world of contemplation, Rahul woke up. He saw Riddhima and smiled. She returned the smile and then turned to look questioningly at Armaan.

Rahul followed her gaze and laughed.

The action was enough for Riddhima to realize that the two boys had taken some step ahead in their friendship. She looked at him with an eyebrow raised.

"I undertand now, better than before," Rahul whispered.

At Riddhima's confused look, he elaborated.

Riddhima smiled widely, happy that the tiff between them was now over. She hugged Rahul as a thank you.

Then, she proceeded to go see Armaan. She bent to down so that her head was on level with his. She caressed his face, moving hair from his forehead. He leaned into her touch, a small smile appearing on his face, as if he knew she was there. Maybe, he did.

She bent down and kissed his cheek and then his forehead, ruffling his hair, and just gazing at him adoringly.

"Bas dekhti hi rahegi kya, poora din?" Rahul called from behind. It was then that she remembered that he was still in the room. Riddhima had been so wrapped up in Armaan that she didn't remember where she was. It was just her and Armaan. Just them. No one else mattered. Now, hearing Rahul, she couldn't help the blush that spread over her face, leaving her pink even in her ears.

She smiled to herself and turned around to face Rahul. "Kyu? Tujhe kya problem hai?" She asked.

Riddhima just smiled and shook her head. She turned back to Armaan and was surprised to see that he was still sleeping. Maybe all the work tired him a little too much for him to be able to sleep through her and Rahul's bickering. She smiled on thinking about it. The poor biy must have worked his ass off last night, looking after his patients as well as Atul & Anjali's. He was such a good friend. She thought about letting him sleep for sometime while she went and talked to Muskaan about the whole fiasco earlier.

But, she was missing him and really wanted to spend sometime with him before he had to work again. So, she decided she would go see Muskaan later.

Bending, she placed her lips on his ear. Then, she shouted "AAAHHH!"

Rahul and Riddhima looked at each other before dissolving into laughter. Armaan scowled at them.

"Tumhe toh main..." Armaan trailed off with a naughtly glint in his eye.

Riddhima, who was all too familiar with all looks that Armaan possessed knew exactly what she was in for. So, without a moment's hesitation, she took off running.

Armaan ran behind her, determined to catch hold of her.

They ran through the corridors, surprising everyone. The staff moved to one side, to make way for them. Dr. Keerti smiled and shook her head on seeing them. She knew by now, that it was better for everyone to not get involved in between Armaan & Riddhima. It only had disastrous results. Plus, both of them were off duty at the moment, so what was the harm in letting them have some fun?

Armaan chased Riddhima all the way to the locker room, where the others had started to come in to report for their respective duties.

Riddhima made a beeline for Anjali and hid behind her, effectively cutting Armaan off. Armaan tried to pull her away from Anjali but to no avail.

"Abbe, Muskaan..." Anjali cut Atul off before he could say much.

The others laughed on hearing this while Anjali scowled.

"Aisa nahi hai!" Atul cried, suddenly, running to the defense of his friend. However, he stopped short at Anjali's glare.

Anjali nodded approvingly at him on hearing his words.

Atul blushed and looked at the floor. "Thanks Anjali," he muttered.

Anjali shrugged her shoulders in response.

Before any further discussion, everyone's pagers buzzed and they all left for their duties, leaving Armaan and Riddhima alone in the locker room.

Riddhima stuck her tongue out at Armaan.

He kissed her cheek and left the room, leaving an utterly surprised and shocked Riddhima behind.