Akbar and marium-uz-zamani tomb, such a Royal place I must say...

I know guys u might know abt this but after seen these pics m really excited for sharing with you guys...
Mariam-uz-zamani's Tomb Agra
This is the place where the Queen Mariam Zamani wife of Emperoer Akabar and Mother of Jahangir resting for ever. People get confused by the name that she was a Cristian but she was a Hindu and Daughter of King Bharmal of Rajasthan .

Her name as recorded in Mughal chronicles was Mariam-uz-Zamani. This is why the mosque of Mariyam Zamani Begum was constructed in Lahore, Pakistan, in her honour. She has been also referred to as Jodha Bai or Jodhabai in modern times, although she was never known as such during her lifetime. Hira Kunwar, Akbar's first Rajput wife, was the eldest daughter of Raja Bhar Mal of Amber.[1] She was also the sister of Bhagwandas and the aunt of Man Singh I of Amber, who later became one the nine jewels (Navaratnas) in the court of Akbar.[2].

The Mosque of Mariyam Zamani Begum was built by her son Nuruddin Salim Jahangir and is situated in the Walled City of Lahore, Pakistan, while Mariam's Tomb is situated one km away from Tomb of Akbar the Great, at Sikandra, Agra 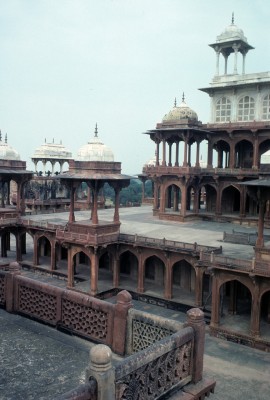 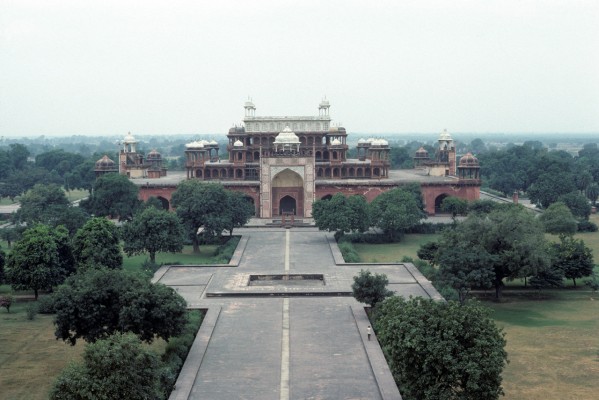 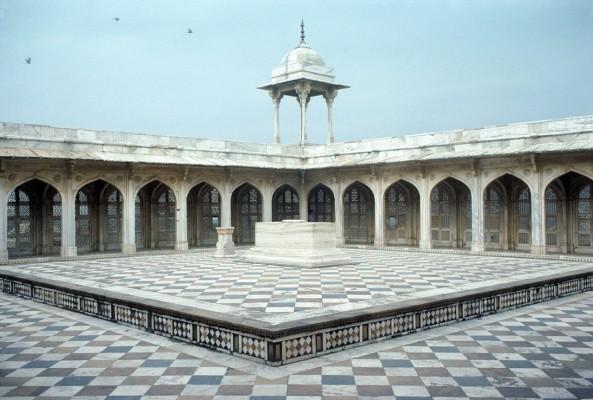 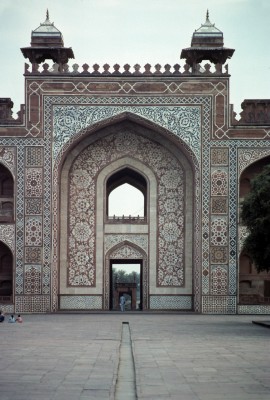 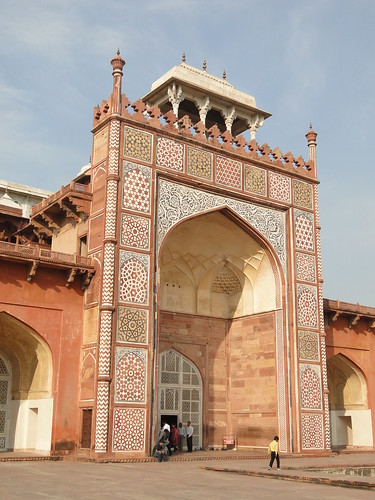 Sikandra is a fitting commemoration to one of the greatest Emperors to have ruled India. The life and achievements of Akbar, arguably the greatest Mughal Emperor, was the stuff legends are made of. Admired and loved by both Hindus and Muslims, Akbar was adored by his subject and happened to an artist of considerable skill himself.
Edited by IFRutuja - 6 years ago
62 Likes this

This is really beautiful ...
Would really love to visit it one day ...
Tfs Rutu darling ...
0 Likes this

This is really beautiful ...
Would really love to visit it one day ...
Tfs Rutu darling ...

such a Royal n Beautiful...

This is really beautiful ...
Would really love to visit it one day ...
Tfs Rutu darling ...

such a Royal n Beautiful...

Yeah it is ...
Definitely one of the places you have to visit in your life ...

..Got to visit this place for sure...

TFS.  Even i have visited these places, but that time didn't had this much knowledge abt JA Real Love Life.
1 Likes this

thanks for sharing beautiful pictures!.
0 Likes this

waw tfs..
I visited Mariam n Akbar's tomb in october..I have so many pics,but couldnt post those through my mobile..
I must say these two places r very peaceful n nice..
Edited by ankitaankita - 6 years ago
0 Likes this

Jodha Akbar Actor Ravi Bhatia to be Seen in Shaan's Next Music Video!

I took my wife's permission to do intimate scenes in Halala: Ravi ...

Rajat Tokas does #20YearChallenge and you will fall in LOVE with him ...

A Notch Further : From Television to Bollywood