Anyways thanks for such a "big complement"

Thanks n same to you
1
REPLY QUOTE

Banner by lovesia:
Thanks a lot dear am loving it

(THANKS Maria for this banner)

(Thanks Lovesia for the banner its too gud..)
PART 15
Annie and Daadi also joined them in bed.
They both apologized her in return they got a angry glare for apologizing.
Geet got promise from them to asking to forget the entire two months from their life.
Daadi kissed geet in her forehead and retired to her room 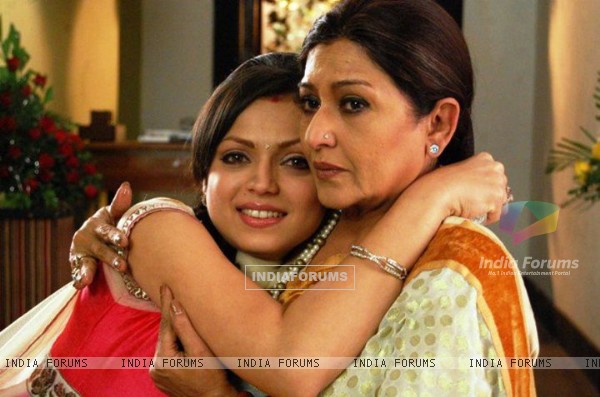 .
Annie was teasing Maan and Geet and eventually all three slept in the same room cuddled towards each other.
The morning sun rays peeked into Geet's room to see the beautiful sight.
The three people who grew up together were curled up in one another arm..Maan was in the left side Geet in the middle and Annie in the right side of the bed.
All their faces had a relived and peaceful expression.The rays of sun disturbed Maan's most peaceful sleep ever and he woke up.
The first thing he saw in the morning would be enough to drive his whole day.He was greeted by the face of sleeping Geetu whose lips are adorned with the beautiful smile.
He bend towards her and tucked the curls which was disturbing her and brushed his lips slightly in her forehead.
Next to her his small sissy was having a great sleep.He felt content seeing his two precious dolls sleeping peacefully.Without an heart to disturb these two angels he made his way out.On the way to his room he was greeted by Daddi.
"Good morning Beta."
"Good morning Daddi"
"Am so happy that our Geet is back.But you know she is so confused about her feelings Maan.The only thing she needed now is assurance and security that we are there for her.Nothing matters more."
"Yes daddi you are correct.But still I wonder how that sameera was so authoritative and confidence yesterday in saying that am gonna be her husband.I feel lik something in a puzzle is missing."
He was boiling in fury thinking about the way Sameera played with Geetu's emotions.But all that he needs to do now is maintain his composure and plan everything accordingly.He don't want everyone in his house to be worried.He will make sure Sameera will rot in hell for the deed she has done.
Daadi lowewred her head slightly furrowing her brows in confusion."I too have that doubt Maan.With what Geet said yesterday I feel something is yet to be relived otherwise how could she be so confident in humiliating Geet when she knows how much we will care for her.And there is also something that is hinting me that Rano and Mohinder wanted to say something to us."
"Ya Daadi your ryt.Geetu was sent to Km by mumma and papa on the pretext that they wanted to say something to all of us.It would not be less importance sensing the time .It was Night when the accident has happened.If it was of less importance Pappa would have said us in the next morning."
"Par Maan we cannot make anything out now since they are no more.I hope that they could have left us with something."
That's when it striked Maan.
"The letter" he said absent mindedly.
"What letter Maan?"Dadi was confused
He felt its not right time to say Daadi or anyone unless he read it himself  and found whats in it.Because everyone had gone through a tough time.
"Kuch nahi Daadi.Am getting late for exercise Let me go.Wake Annie and Geet after an hour."
With saying it he rushed to his room.Locking the door to ensure that no one will disturb him he started searching the letter.
The second he took the letter out of his cup board he felt his heart going heavy.He knew something ,Some unknown truth is going to be in spotlight before him.He clutched it harder and sat in his bed leaning on the bed post and opened it with the heavy heart.Seeing the way the letter has addressed he felt a ter escape his eyes.Geet's silence,handling two business made him not to grieve for the loss of two most imporatnat persons in life. 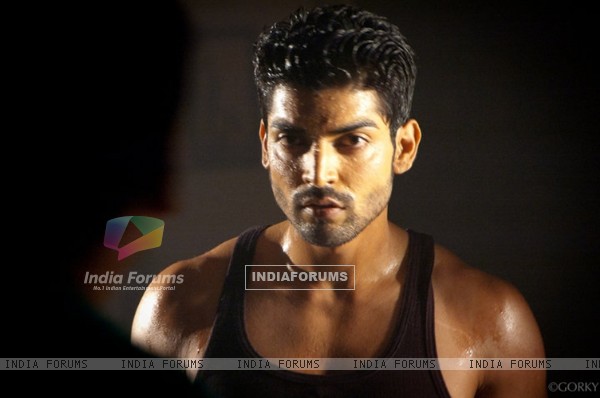 NOTE:Do leave your comments and likes.Sry for grammar and spelling errors..For pm buddy me.People who asked for Pm do comment if not am not pm-ing you from next update..Sorry if am being rude

but lack of comments force me to do this..