Some of you requested another part of my  OS - Begin Again http://www.india-forums.com/forum_posts.asp?TID=3246278 or if you haven't read it you can read it as a standalone OS

"Bye Sir... thanks for dropping me off although it was really not needed... I would have managed on my own"

Arnav watched from his car as she huffed and puffed while getting down from the car and made it to her front door not once even looking back at him.

It was a little after midnight.

She was right in demanding a pay for the whole week.

Not that there were a lot of work in the office. Actually the work load were bare minimum now but still!!

He had realized that he felt for Khushi a long time ago. At first he denied his feelings - she was a middle class girl for crying out loud!! He stayed away from her, behaved very rudely with her even scolded her for things she hadn't done!! One thing he realized he couldn't fire her.. staying far from her was a torture for him.. Then he realized her tears affected him big time. He was loosing control. So he did something he had to do he left for London for a month ... That was not a good idea!! He missed his coffee!! He missed how his Delhi Office Cabin smelt.. He missed the constant chatter that could be heard in his cabin if he left the door slightly open.. He missed a clumsy girl hurriedly bring him stuff he asked for! He missed her notes and sticky reminding him of meetings and stuff in general.. He missed her stammering and frightened look when being scolded... He even missed her desk  which looked like Devi Maiya's mandir...

When he came back he got the shock of his life... She was engaged to be married... He sighed in relief but something started eating him up... he couldn't bear it... She was engaged the whole of freaking eight months before she gave her resignation... her fiance didn't want her to work.. But as luck would have it her marriage broke... within a week he offered her her previous job back and she accepted..

that was a month back... ever since then he realized he needed to tell her before her parents fixed her wedding again... he needed to make his move...

Alas!!! He couldn't!! He was tongue-tied!! Arnav Singh Raizada was bloody tongue-tied!!! He kept her more and more late in the office loving the feel of her around him but that was it.. he couldn't utter one word to her

Tonight he had made up his mind that he will tell her today no matter what!!! He stalled her till 12 at night while she wailed about how she is overworked and treated like a slave!!

Again!! Everything went futile and now here he was sitting in his car alone staring at her front door... watching as she turned off her bedroom light


No!! Tonight is the night of decision.. he'd either have her or loose her today

He didn't see her closing the door, running towards her bedroom and then turning off the light

She rushed to the window and watched him from there

Wondering what went wrong
Praying that you wouldn't go

She wondered "what the hell was wrong with him?"

She sensed the vibe today... like he wanted to tell her something

she waited the whole day... even stalled her work and was happy when he told her they'd have to work late

but no!! Stupid laad governor!!

When Khushi had joined AR she had a huge crush on him... they had a good boss/PA relationship... suddenly everything changed... he started behaving rudely with her, pushed her away... she knew she didn't even have the aukad to think about him... so after two years of pining for him when her family fixed her marriage she accepted it...

Now that she was free again she felt a change in him...

Life is short!! Why not give in to temptation once!!

He turned of the ignition and got down from the car..

His steps determined and rapid

He arrived at her front door

About to knock when she opened the door

And met him at the front door

He stared at her while she stared back

He grabbed her by her arms... pushed her back against the wall and kissed her!!

He put all his words in his kiss!! like there was no tomorrow

She snaked her arms around his shoulders and kissed him back with such passion that was possible for a girl being kissed for the first time!!

"I forgot to say goodnight"

"I'll see you tomorrow in the office... be on time or will cut your salary"

pecking her lips for the last time he left from there but not before he turned back and winked at her.

Inspired by the song "kiss me goodnight" by Gloriana... amazing song... do listen

I was listening to the song while reading it Di! Believe me, the feel is so good!
Love this Arnav; acting upon instinct and following his heart!
So finally after months of disregarding his feelings for her, he finally went and did the deed - Kiss I mean. Tumhe kya laga?

Sami..This is what will keep us going for long...This type of writing lets me just see SaRun playing ArShi without any effort on my part at all...Love you yaar for reminding what it was & what more it could be..But in a good way..!

Take this as a token of my appreciation 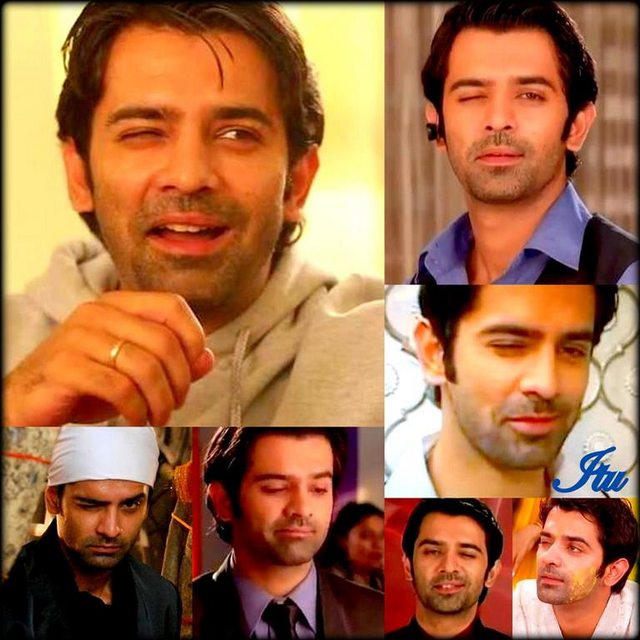 Thanks for PM...I can't read anything at this situation...After watching Barun's interview I can't stop my tears...

I am definitely interested in your writing even if IPK ends. Please continue.