The Dus team is back! 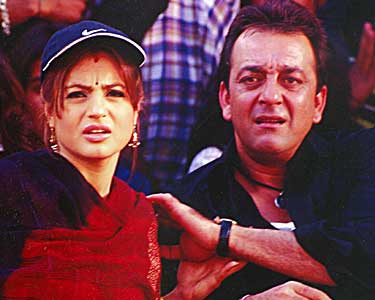 The Dus trio -- Producer Nitin Manmohan, Director Anubhav Sinha and Sanjay Dutt -- is back with another thriller called Tathastu. It supposedly means 'Be it as you desire'.

It is a story of a regular couple -- Sanjay Dutt and Amisha Patel. Dutt plays a factory worker earning a measly salary even after 11 years of work. They have been married 9 years, and have an adorable son. Dutt's life changes completely when he finds out his son has a hole in his heart and requires an immediate transplant.

The film is about the misuse and sale of organs in hospitals. The plot appears close to the Denzel Washington-starrer John Q. 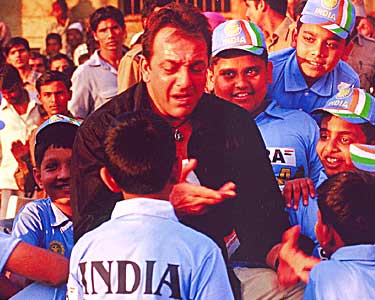 The story revolves around the couple trying to get their child operated, the red tape at the hospital, indifference of doctors and how the protagonist holds the hospital to ransom in order to raise funds.

"We completed shooting within 25 days. There are no songs. It is an intense emotional satire on the medical profession. A story that will touch your heart," says director Anubhav Sinha.

Incidentally, the film comes close on the heels of a time when Mumbai's resident doctors went on strike. 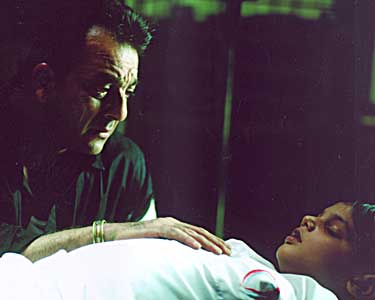 I play the role of an ordinary father, Ravi Rajput, who will go to any length to save his child's life. When all fails, he takes a hospital to ransom, in order to raise money. His battle takes on a political hue and he finds himself in the midst of a controversy with the government, police and the hospital. However, common people, his wife (Amisha Patel), a doctor and cop support his cause. It will make you empathize with Raju. Amisha has done a good job, as has Anubhav Sinha. This is one film you should look out for," says Sanjay Dutt.

The star has an 8-minute long dialogue, which was shot in Pune's Yerwada jail. It involved 6 cameras and more than 2000 junior artists. 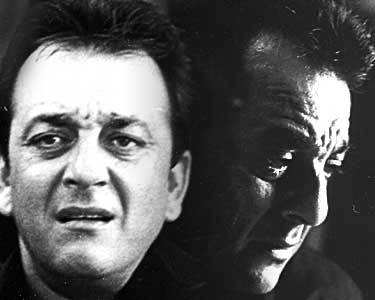 For her role as the mother, Amisha Patel has coloured her hair brown. There are hopes that this movie may add colour to her career as well.