All Articles Related To the Show Will Be Posted Here..
Refrain From Posting Comments
Edited by gaurav_fan - 9 years ago
0 Likes this

It's now official! After much deliberation, Bollywood star Akshay Kumar will be hosting 'Khatron Ke Khiladi 4' when it returns on Colors next month.

The participants will be pushed off their comfort zone, the level of stunts and tasks will be extreme and intense than ever before, making this a deadly combination of drama and action on small screen.

This collaboration for 'Khatron Ke Khiladi 4' brings a combination of Colors' reach and Thums Up's distribution strength to reach out to audiences across India and marks a deeper penetration for both brands. Besides a series of unique on ground events across Hindi Speaking Markets (HSM), the show will be extended on 15 lac Thums Up and 'Khatron Ke Khiladi 4' branded bottles.


Ashvini Yardi, Head of Programming, Colors says, "With every season of Fear Factor Khatron Ke Khiladi, our endeavor is to present something new, exceptional and clutter breaking to the viewers. This season, KKK4 has been recreated with Thums Up as a complete integrated product for television. Both brands are synonymous with action, high-energy and 'I will do anything' attitude. Also, Akshay Kumar returns as the host along with 13 men attempting the deadliest stunts shot in the exotic locales of South Africa, Khatron Ke Khiladi 'Torchaar' making it a must watch this summer."

Akshay Kumar who believes in performing every stunt prior to the boys has gone through rigorous training himself. Straining every muscle of his body he is back with a vengeance only to break hell loose on the boys.

Talking about his comeback on Khatron ke Khiladi 'Torchaar' Khilaadi of Bollywood, Akshay Kumar says, "It feels good to be back to my home ground with Khatron Ke Khiladi and it is exciting to do something which I love to do – adventurous stunts. As the name suggests it will be 'torchaar' to the core and the boys will be expected to perform some really edgy stunts. The girls too can shed their vanities and nervous giggles and be prepared to face challenges thrown their way. I am going to be absolutely tough and brutal with the boys and yes it will be worth watching."

Every few months shows with creative content and inventive, new ideas infuse the television channels bringing fresh blood. In the next 45 days, we have as many as 14 new shows airing on various channels. Take a look at what's the offing and why you must watch them.
0 Likes this 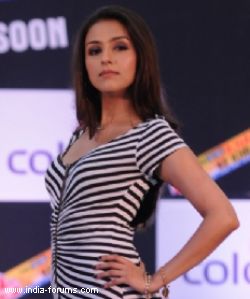 Khatron Ke Khiladi 4 Torchaar is the next big ticket show of Colors that will launch post IPL. The shoot for the show which was taking place in Cape town is now over, and the unit is back..

TellyBuzz gives its viewers some probable results from the show. A little birdie tells us, "The 13 contestants started their mission with full zeal and the adventure was at its peak.Sambhavna Seth who is better off grooving to item numbers on the dance floor, found going tough and was apparently the first contestant to go out. The ladies to reach the Top 4 in all probability are Aashka Goradia, Mauli Dave, Dina and Aarti Chhabria. In the battle for the Top 3,Aashka missed the bus by a whisker of few seconds".

Thus it was Mauli, Dina and Aarti who were in the Top 3 according to our sources.

And in the Finale Clash, Mauli and Aarti gave a tough competition, at the end of which Aarti is presumed to be declared the Winner.

We tried calling Dina and Aarti, but they remained unavailable.

Akki to sing for KK4

Akshay Kumar to be the 'Double-Trouble' for Salman Khan?

Smriti Khanna to be seen in Fear Files!