Abhinav Shukla who essayed the role of Dev to perfection in Star One's Geet, has now decided to opt out of the show..

Abhinav Shukla who essayed the role of Dev in Star One's #1 show, Geet Hui Sabse Parayi has had a good run so far where he got to portray various shades. However, the story track in the recent months has not seen much of Dev, and this has forced Abhinav to take a decision to quit the show. 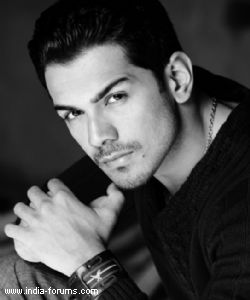 Our source states, "Abhinav Shukla has put down his papers already and has had a word with the production house. Though he has not shot his final sequence, the actor will soon be quitting Geet".

We contacted Abhinav who confirmed the news, "Yes, I have put down my papers one week back. I have not shot for the final sequence and will do it in few days time. There was not much happening with my character, and I felt it was wise to opt out.  Unlike few actors who leave the show on an unhappy note, I have made it a point to have a word with the production house. It is a mutual decision taken and I am happy to have got this learning curve in my career".

If sources are to be believed, Perneet Chauhan who plays Meera has also expressed her desire of quitting the show. We hear that she too has laid down her papers and will be having a final word with the production house soon..

We hear that Abhinav Shukla has been short listed to play one of the pivotal roles in the post leap phase of COLORS' Na Aana Is Desh Laado.

But Abhinav refused to comment on his next project saying, "As for now, I have my travel bags ready and have a long list of places to cover (smiles)".

We hope Abhinav gets back to television very soon!!

He is a great actor....wonder whether they'll replace Dev now or end his story.
REPLY QUOTE

How sad is that...Gonna miss Abhinav...not Dev probably, but definitely Abhnav!!!
I hope they find some decent chap to replace his character. they cant just let the character disappear!!
1
REPLY QUOTE

I hope they end Dev's char instead...don't want to see Abhinav replaced. Maybe they could kill his character off trying to save Geet or something.
REPLY QUOTE

oh noooooooooo why is he leaving....

..........what abt the devera track.....if meera is also leaving than i think there is do devera track
i was wishing to see their love blossoms....