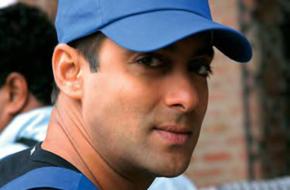 Megastar Salman Khan is among a host of big Bollywood to feature in big budget movies to be shot in Fiji next year.

The entry of Bollywood into Fiji is set to boost the local economy by $20 million, and almost 200 smaller roles could be on offer for locals.

"The wait for Bollywood's entry into Fiji is over," executive producer Mohammed Jalal said.

"It is action time," Jalal told the Fiji Times last week as he proudly unveiled the approval for provisional certificates from the Fiji Audio Visual Commission.

Three movies will be shot in various locations in Suva, Nadi, Rakiraki, the Yasawas, Mamanuca Group, Labasa, the Sigatoka sand dunes and in Taveuni.

Khan will play the role of an underworld don with Gaurav Chanana, who plays Dr Rahul in the medical drama Sanjeevani, as the main character.

The filming for the third flick, Let's Talk Love, starts next September and will feature the gorgeous Prachi Desai and Sahil Shroff.

"We will be bringing over around 180 people including cast and crew and spending some $20m in Fiji," Jalal revealed.

She revealed there were talks for a fourth Bollywood movie and a Hollywood production. "This will not only create economic opportunities but employment as well," she said.
Mr Jalal said they would use over 200 locals in small roles in their three movies.