whoever is a fan of Matt Bomer a.k.a Neal Caffrey of the popular show White Collar join here...

Bomer's television credits include a lead role in the ABC series "Traveler," and recurring roles on the NBC series "Chuck" and the FOX series "Tru Calling."

In feature films, Bomer starred in New Line's "The Texas Chainsaw Massacre: The Beginning," and appeared in "Flightplan" with Jodie Foster.

Bomer received a BFA from Carnegie Mellon University. After college, he moved to New York, where he worked on stage until landing roles on television.

1. Matt's father, John Bomer, played for the Dallas Cowboys from 1972 to 1974.
2. Matt's parents are named John and Sissi. He also has a sister named Megan and a brother named Neill (who is an engineer).
3. Matt was considered for the role of Superman by director Brett Ratner for 2006's Superman Returns; when Bryan Singer took over as director, Brandon Routh snagged the role.
4. Matt graduated from Springs Klein High School in 1996.
5. Matt was voted "Best Personality" and one of the twenty chosen as "Who's Who" as a high school senior.
6. Matt got his acting start in Houston's prestigious Alley Theater.
7. Matt attended Carnegie Mellon University, Pittsburgh, PA (BFA, 1999)
8. Matt modeled as one of the main characters (Jason Carrillo) for the photographic cover art of the young adult novel The Rainbow Boys by Alex Sanchez.
9. Matt worked in the acting repertory company at the Tony-Award-winning Utah Shakespearean Festival in Cedar City, Utah.
10. Matt played Ernest Hemingway in a play called "Villa America" at the Williamstown Theatre Festival (July 11-22, 2007).
11. When Matt did his screen-test for Ben (Guiding Light), the network came in to do behind the scenes interviews about how you get a job. They shot all the guys except for him because he knew he would be so nervous and wanted to focus on the part.
12. Matt bought The Guiding Light Scrapbook to research his character and surprised the executive producer during a meeting because he knew a lot about the background of his character.
13. Matt was going to do broadcast journalism if acting didn't work out for him.
14. Before landing the role of Ben on "Guiding Light", Matt was a bellhop. After 9/11, he lost his job.
15. When Matt was 16 years old, he stole his brother's truck for a joyride, only to get a flat tire. 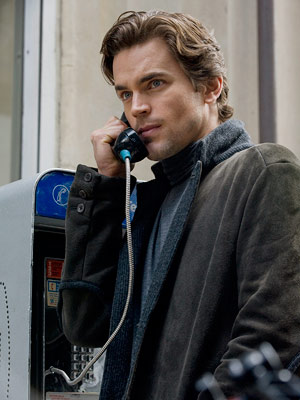 Heya!!
I love Matt too. . . and his character Neal is extremely charming and fun!!
Loved him in White Collar season-1!!
And I totally totally adore his blue eyes!!!

Here are a few pics of his:: 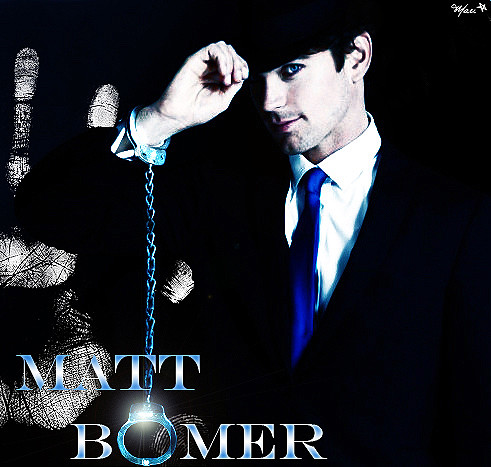 Heya!!
I love Matt too. . . and his character Neal is extremely charming and fun!!
Loved him in White Collar season-1!!
And I totally totally adore his blue eyes!!!

yup he is just awesome...

you should check it out... hopefully we will be able to gather more fans... because you know how good Neal is...

N thanks alot for the contribution...