Arti-Aal izz is not well on D sets of Yeh Rishta..

Aal izz is not well on the sets of Yeh Rishta... 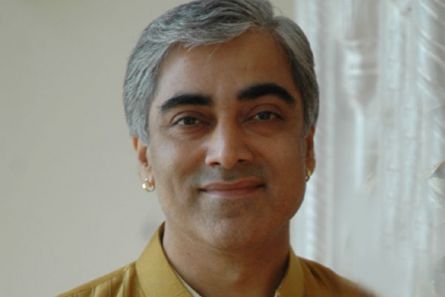 Not all is well on the set of Star Plus' popular show Yeh Rishta Kya Kehlata Hain. If rumours doing rounds are to be believed, actor Sanjay Gandhi better known as Daddaji is going to quit the show any time owing to tension between him, Sonali Verma and Sandip Mehta (who play Naitik's parents).

According to sources, the root cause of the tension between the three important characters of Yeh Rishta is the insecurity of Sonali and Sandip. With an increasing importance of Sanjay's character in the show, it seems Sonali and Sandeep are not too pleased.

Gandhi, though, said, "I am not shooting right now. I have some health issues because of which I need some rest." Sources say it has been more than a month since he stopped shooting for the show. What about the rumours of his not-so-cordial relation with two of his colleagues? "It is true that it is not a very healthy atmosphere on the sets of Yeh Rishta. Some people are throwing unnecessary tantrums without any reason. It becomes difficult for me to function if the atmosphere is not good. I have no problems with the lead couple or my daughter in the show. But I do admit that I am not very comfortable with Sonali Verma and Sandip Mehta. They are creating some unnecessary issues on the sets," said Gandhi.

"I come from a theatre background and to give my best, I need peace on the sets which I am not getting. The show is good and has strong performances. If that gets hampered, I would not like to continue. I have already spoken to Rajan Shahi (the producer) about my problems and I hope things improve, but I have not yet resumed shooting for the show," he adds.

Meanwhile, Verma better known as Gayatri Rajshekhar Singhania in the show feigned ignorance of the entire issue. She said, "I am hearing this for the first time, as far as his absence is concerned, I only know he is on leave for a few days due to some health issues."

Here's hoping Daddaji returns to the show as there is no denying the fact that after Akshara and Naitik, his is the most popular and important characters in the show.