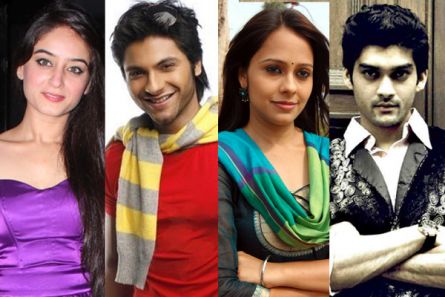 Nakusha and Dutta bhau from Laagi Tujhse Lagan will be playing Big Money soon on Imagine. Giving them competition will be Raghav and Sia from Naa Aana Iss Des Laado.

Our insider tells us, "Nakusha-Dutta along with Raghav-Sia participated in the show. Unfortunately they weren't able to win as much as they would have expected to and returned home with just five lakh rupees since they planned to donate the winning amount to Helpage India and CRY."

We spoke to Mahhi Vij who plays Nakusha who seemed gung ho about the show. Mahhi says, "It was fun shooting with everyone; super fun shooting with Madhavan. Aditya, Natasha and Mishal were nice to shoot with. Initially the questions were simple but they got tougher as the game progressed."

All efforts to reach the other three remained futile. The episode will be telecast on August 8.
2
REPLY QUOTE

thanks but already posted

TC articles are not allowed in IF
Plzz refrain 4rm posting them ..