Character Sketches for the cast of SHREE

This topic will include sketches for every character (past and present) in the show SHREE.  If members have additional information they would like included, feel free to pm Me.  Thank you.   We have left the topic open should anyone like to post pictures they may have of the characters.

Shree is the daughter of  Pujari of Janakpur Village. She is scared of everything big or small. This is because she has suffered some trauma in her childhood which is yet to be revealed. The whole village chides her for being so timid and in the process causing trouble for them day in and day out. Shree firmly believes in values given by her father and she cannot do anything to go against them. She loves her father a lot and can do anything for her father.

Hari is the youngest son of the Raghuvanshi family. Hari is very close to his eldest sister-in-law Madhu Bhabhi. She is like a mother to him. The whole family is trying to get him married but for some strange reason all the matches that come for him get broken. Hari's life has a presence of evil spirit which is stopping him for getting married. But even after this, Hari falls in love with the simple village girl Shree when he lays eyes on her for the first time.

Madhu is the wife of Hari's eldest brother Anant. She is a great influence on Hari's life. She is very religious and and also belives in superstitions. Like everyone she wants Hari to be married and settled in life. She is the only one who knows that there is a presence of some eveil spirit in Hari's life which will not let Hari to get married. For this she has taken the help of Saptarishi Maharaj to ward off that evil spirit. MAdhu is a loving wife and a responsible daughter-in-law but there is one thing missing in her life. Madhu doesn't have kids of her own.

She is Hari's mother and the matriarch of the Raghuvanshi family. She takes care of her paralyzed husband. She has only one son Hari. She does not believe in God or any of the superstitions.

The eldest son of Raguvanshi family and husband of Madhu. He is responsible towards his family and takes care of his family business along with his two brothers. He is a very understanding husband and loves Madhu a lot. He doesn't have kids of his own.

Nikita is the wife of  second son of Raghuvanshi family. Nikita is modern in her outlook and in her dressing but she also believes in traditions and rituals. Nikita knows latest fashion trends and dresses accordingly. Nikita shares a very friendly relationship with her husband. She has two kids.

He is the second son of the Raghuvanshi family and is married to Nikita. He has a very playful nature and assists his big brother in his business. He has two  kids with Nikita.

Damayantiben is the sister-in-law of Sumati. She is mother of Anant and Danny. She is a widow and lives with the rest of Raghuvanshi family. All the kids call her as Badi Ba and Sumati calls her Bhabhi. Damayanti is the funny character in the house and is always in high spirit. The main victim of her fun is always Nikita. She always cracks jokes at the expense of Nikita.

Tribhuvan Raghuvanshi is married to Sumatiben and Hari is their only son. Currently, he is paralyzed and cannot walk or talk. The cause of his paralysis has not been revealed yet.

Saptarishi Maharaj is a tantrik. Madhu seeks help from regarding Hari's marriage. He is the one who tells Madhu about the spirit and the threat to Hari's life. He is successful in capturing the spirit in the bottle.

NArottan is the Pujari of Janakpur village. He has two kids, Shree and Chotu. NArottan is a God-fearing man who is deeply rooted in traditions and values. The whole village respects Narottan a lot. He is a widower. Narottan can read horoscopes and that is why he knows that in Shree's kundali it is written that if she is gets married in those 16 days, there is threat to her life. This is the reason he is reluctant to get Shree married in those 16 days. He is also a very devoted and loving father. He knows the reason for Shree being so meek and thast why he shields Shree from the wrath of the whole village.

Chotu is Shree's younger brother and a very naughty and talkative kid. His mischiefs often create troubles for Shree but he also loves Shree a lot.


Nihaal is Hari's best friends and he is always by Hari's side in good tomes and in bad times.

Lappu is Shree's best friend and is the third angle of gang other two being Shree and Chotu. Shree can talk her heart out with Lappu and he always gives her a proper advice just like a true friend.

Rajni is Nikita's younger sister. She has come to Raghuvanshi household to get married to Hari. She has suffered a break-up and that is why has become sensitive to relationship issues. She is a fearless girl and outgoing. 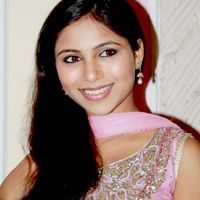 Kangana was Hari's neighbour who was obssessed about Hari. She died and became a spirit but could not leave Hari. She did not allow Hari to get married to anyone until he met Shree. Because Kangana was captured in a bottle by Mahant, she couldnt stop Hari and Shree's marriage. But she doesnt let Shree and Hari to have a happy, peacefull married life by first possessing Sumati and then Bindiya. Its also revealed that Kangana, due to some unavoidable circumstances gets married to Anant but later runs away with Hari. The cause of her death has not been revealed. She is controlling Hari's feelings with her black magic. 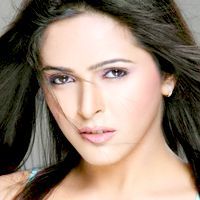 Bindiya is Shree's cousin who has come to Mumbai to give some exam. She is dancer who does stage shows. Hari, under the influence of Kangana's vashi-karan, confuses her with Kangana and is taken by her charm, Initially she helps Shree to fight against Kangana. but then Kangana possesses Bindiya and uses her as a tool to seduce Hari. Hari declares that he is in love with Bindiya and will marry her nont knowing that its actually Kangana who is controlling Bindiya's body. 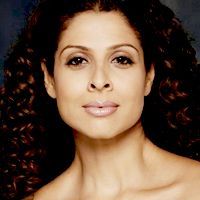 Mangda Ben has come from Bhuj to help Shree. Mangda Ben has immense knowledge of 'tantrik vidya' and she enters the household in the disguise of a servant to find out about the evil force in the house who is troubling Shree. Mangda Ben's weakness is food and so everytime she tries to concentrate on the evil force, she gets distracted by it. She loves Shree as a daughter and supports her in her fight against Kangana. 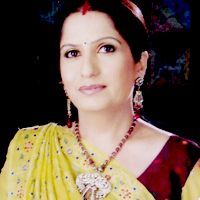 Putli Bai is Kangna's evil mother who has come to Raghuvanshi house to seek revenge. She kills the maid of Raguvanshi house and comes into the house as her relative. She tells her name as Sarla Ben. She does black magic and controls spirit. Eventually she gives her life to save Kangna. 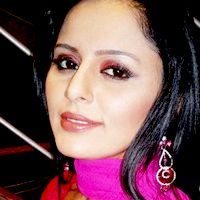 Trishna has come as a nanny for Shree's kids. But she has been sent by Kangna to help her. Trishna is negative and wants to help Kangna destroy Raghuvanshi family. 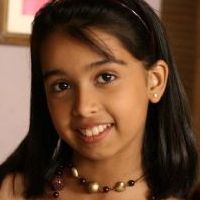 Naveli is the daughter of Shree and Hari. She is a blessing by Lord Ganpati who is here to protect Shree and Hari from Kangna. She is a divine child. She is brought up by Madhu and Anant.

Rudra is the evil twin of Naveli. He was born due to Putli Bai's black magic and Kangna considered him her child. Kangna wanted Rudra to kill Hari but this was stopped by Shree and Naveli. Rudra was brought up by Nikki.

wonderful job pari. hmmm u r alwayz 1 step ahead of the king. the king was abt 2 post thecharacter sketch. u saved his time. thank u sweetheart.

Thanks for opening the character sketch.
Edited by ~Simz~ - 14 years ago
REPLY QUOTE

Hi,
I only know abt shre's father. His real name is Mehul Buch. i watch him in some gujarati plays.