Bollywood's Punjabi kudis which Kudi impress u & Why
Bollywood, more often than not, has fixed ideas about everything.

In this preset vision, the quintessential Punjabi lass runs around lush fields attired in bright Patiala salwars while her colorful duppata cascades romantically in mid-air. Full of beans and charm, her temperament is, expectedly, on the cheerful, chirpy side.

Sure enough, her balle balle skills make her the heart of any party, function or event.

In the soon-to-release Heroes, Preity Zinta plays a Punjabi village belle. But there's more to her role than taking a stroll in the green countryside [which, of course, she does indulge in].

As the production notes mention, she plays the 'man of the house,' or rather a woman of responsibilities and conviction. On this note, here's a sneak peek at the various portrayals of Bollywood's Punjab di kudis in recent times:

New Yorker Naina is part-Punjabi, part-Christian. Exotic? Not quite! Her mixed heritage poses a regular problem for this young MBA student as she struggles to maintain peace between her mocking mommy and gregarious granny.

Also, the latter is hell-bent on getting Naina married off to an eligible Punjabi bachelor through the notorious Kunwari Kudiyon te Mundey club. 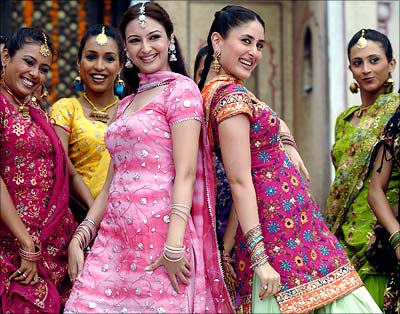 Bebo's Geet loves to chat nineteen to a dozen. Whether it's on the desolate streets of Ratlam with a perfect stranger or to unsuspecting co-passengers of her train coach, Geet never runs out of things to say.

And you dare not mess with this 'Sikhni hoon main Bhatinda ki,' or she'll drag you home, introduce to the dazzling inhabitants of her mini-Punjabesque home and coerce you into a high-strung bhangra. 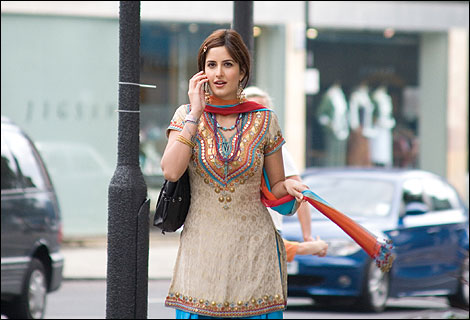 What happens when a party-hopping Londoner is forced to exchange vows with a hardcore Punjabi munda?

Katrina Kaif's reluctantly-Punjabi Jasmeet finds out the hard way in Vipul Shah's Namastey London. Not before she indulges in a bit of desi tourism, namely running around the village in ethnic salwars, sporting nose-rings and whipping ghar ka makhaan, the works. 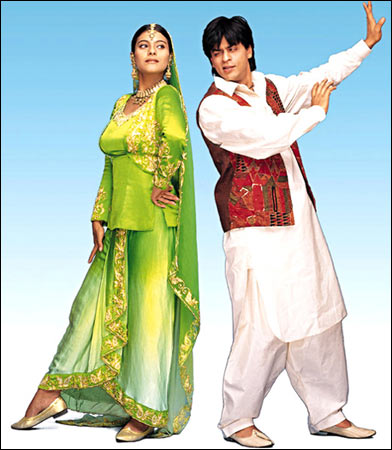 There are two sides to her sweetness personified character. Under her disciplinarian dad's strict eye, she is a picture of tradition, clad in demure salwar kameezes, saying her prayers and agreeing to marry a bloke of his choice.

On the other hand, one gets to see a fun-filled, trendy aspect of her persona, during a month-long European holiday with friends and a certain Raj Malhotra.

Small town girl Vimmi dreams of making it big in the glamorous city of Mumbai. What does the fast-talking babe do?

Elopes from home with a bunch of Haryanvi suits, joins hand with a fellow absconder, changes her handle to Babli and cons people like no tomorrow. Together, they are India's lighthearted answer to Bonnie and Clyde. 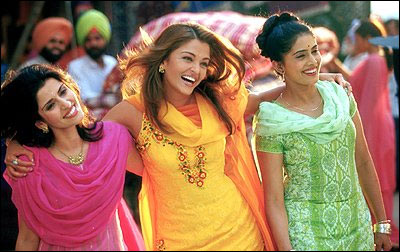 The Bennets make way for the Bakshis in Gurinder Chadha's noisy adaptation of Jane Austen's Pride and Prejudice.

Here, Elizabeth aka Amritsar kudi Lalita shows no interest in any of the desi guys. Instead, first experiences fond feelings for a manipulative English chap only to later find true love in another American fellow. Ash is said to have specially put on weight to look the part of a healthy, Punjabi girl. 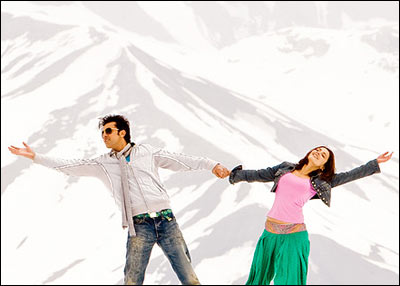 Inspired by the boy-meets-girl-on-Eurorail romance of Dilwale Dulhania Le Jayenge, a super mushy Amritsar teenager designs a vacation around Switzerland.

Minissha Lamba slips into the skin of wide-eyed Mahi with sugary conviction and chic patialas mix and matched with cropped denim jackets and kurtis. Too bad, her DDLJ doesn't quite have a happy end. At least not till post-intermission.

Kareenas in JWM was really good  SHE LOOK V SIMPLE

kareena was gud in jab we met
REPLY QUOTE

Pretiy Zinta is the bomb shes the best there is one actress like her i love her. Wehn ever she speaks in punjabi or relates to punjabis i love it she does it so well.
KAreena was so cute in JWM
Uhh in DDLJ we never really saw punjabi side of Kajjal i wished shey did though
and Kat is gorgous but didnt seem punjabi at all lol
REPLY QUOTE