To Love or Not To Love #Thread 2 Ongoing

Apologies for the delay. Homeschooling is getting to me! I'm quite good at uppercase and lowercase letters now, if anyone had any doubts. Jokes apart here's the much-awaited wedding.

Let me know your thoughts

Arnav Singh Raizada was not happy. He was wearing a Midnight Blue sherwani, an exclusive creation by AR Designs. He had refused all the other traditional colors, white, red, maroon and even yellow. His Di had refused his choice, black. They had finally agreed on Midnight Blue, that was close enough to black and yet not quite. Arnav was not satisfied.

“Chhote, black is considered a bad omen.” Anjali was busy adjusting their family’s heirloom necklace around his neck. She then proceeded to pin a broach on the traditional turban that adorned the heads of grooms. Fully decked, Arnav, reminded her of her father. She smudged some kohl out of her eyes and smeared it behind Arnav’s ears.

“May Devi Maiyya protect you from evil,” Arnav smirked.

“You know what I feel about all these rituals,” gently taking his sister’s hand into his. “I should have stuck to my demand of getting married at the Registrar’s office.”

Anjali smiled. She knew exactly what Arnav thought about all these rituals. And yet, she knew why Arnav had agreed to a traditional Indian wedding. Because Khushi had wanted it. When Arnav had casually asked her about her idea of the perfect wedding, she had told him. And now, Arnav wanted to gift her the perfect wedding.

Anjali remembered the day when she, along with her husband had gone to the Gupta house to hand over the shagun, gifts for the bride from the groom’s family.

“Shashiji, Garimaji, from today, Khushi is part of the Raizada family,” she said as she placed the decorated plate with all the gifts on Khushi’s lap. Before she could continue, her husband turned to the family and said: “Shashiji, Garimaji, we would very much like it if the wedding took place in the next two weeks along with Payal’s.”

Shashi and Garima exchanged glances. Their financial situation wasn’t that good at the moment. With Shashi on bedrest and the sweetshop not doing so well, Payal’s wedding was being funded by Khushi’s salary. How, then, could they afford another wedding on the same day? They didn’t have the stamina to deal with the additional expenses. And what about dowry? Sure, nobody asked for anything but that didn’t mean they didn’t expect anything. It would be rude if the girl went to her future house with nothing but the clothes on her back. And then there was the status of the Raizadas. The Gupta’s couldn’t just give them any gift. It would have to be something that matched their status. Could they afford something like that?

Sensing some hesitation at Shyam’s suggestion, Anjali asked: “Is there a problem?”

“No, Anjaliji,” said Garima hastily. She didn’t want them to think they were unwilling. But then there was so much to think about before they could say yes. “It’s just that the wedding… within such short notice… I don’t want to sound like a prude but the expenses…” Shashi held Garima’s hand to stop her from speaking any further. He looked at Garima, his eyes saying what he couldn’t voice. If Khushi’s happiness lay in the wedding, they would find a way. They had the house, the shop, they could mortgage their assets, but they wouldn’t let money stand in the way of their daughter’s happiness.

However, both Anjali and Shyam saw through it all. And they smiled.

“Shashiji, Garimaji,” began Anjali, “in the Raizada family we have a tradition. The groom gifts his bride something on the wedding night. Arnav wants to gift Khushi the wedding. So if you’ll allow us, we would like to pay for the wedding completely.”

“And come to think of it,” added Shyam, “since both the sisters are getting married on the same day, why don’t we take care of all the arrangements? That way Shashiji and Garimaji don’t need to worry about anything. The Sheesh Mahal has just been recently renovated and I think it will be the perfect venue for the weddings.”

Anjali smiled understanding exactly why Shyam had suggested what he did. Arnav and Khushi had first met at the Sheesh Mahal. That place had been lucky for her Chhote. He’d found his happily ever after. It only seemed appropriate that his happy married life should start there as well.

Garima was overwhelmed by the gesture. Khushi was really lucky to find such a beautiful family. Shashi smiled too. The heavens had finally heard his prayers.

"The baraat will be here any minute. Garima get ready with the thaal," Madhumati screamed. Tucked away in a corner room that adjoined the main hall where the wedding rituals were taking place, Khushi's breathing hitched. She dared to look up once again, and see herself in the mirror. She looked angelic. She had designed her own wedding dress and had forbidden Arnav to look at the design.

Now that she looked at herself in the mirror, she didn’t know if Arnav would like it. It was all red, Arnav’s favourite colour - a well-guarded secret of the Raizada family.

The heavy jewelry that adorned her ears and neck belonged to her mother in law. Anjali had come by an hour ago to present her with it.

“This always belonged to my Chhote’s bride. I’m handing it over to its rightful owner.” Anjali had seemed nostalgic. Moving her hands around Khushi’s head, Anjali had cracked her knuckles on her forehead. “May Devi Maiyya protect you from the evil.” She’d then made her way out to rightfully take her place next to Arnav. Shyam and Anjali were performing all the wedding rituals from the groom’s side.

As she walked down the staircase, guided by her friends, Khushi recollected all her moments with Arnav. The accidental fall during the fashion show. The indecent proposal. Her appointment as a Trainee Designer. His strong arms that repeatedly blocked her fall. Their train journey. Her feverish attempt to bring Arnav back to life. Italy. The jealousy, the confession, the proposal.

Arnav looked up to see a coy Khushi walking down the staircase. She was now wearing red. He reminisced images of a girl wearing green who had walked the ramp and accidentally fallen into his arms. If he ever started believing in destiny he would thank it for that moment, the one moment that changed his life forever.

“Khushi", her Buaji's voice broke her reverie. “Come quickly. It’s not nice to keep the groom waiting for so long.”

Khushi walked down the last few steps and stood in front of Arnav. When the two exchanged garlands, the attendees clapped. But the two of them were oblivious to the noise. All they could see was the beautiful future together. This was just one step in a journey that would take them across the seven seas.

Shyam and Anjali stood side by side, regaling in the beauty of the moment. Anjali sent a silent thank you to the universe for righting everything in her brother’s life. She couldn’t be more thankful, her Chhote had finally found love.

The priest asked the two of them to sit next to each other. Khushi went and sat beside Arnav. He smiled at her. She cupped her hands over his, as the priest continued chanting holy rhymes. They took their wedding vows in front of the sacred fire, promising to love and cherish each other, till death do them apart. Then Arnav filled Khushi's parting with vermillion and placed the mangal sutra around her neck. They were officially married.

The night had set in. The odd guest reminded the family of a wedding that had taken place. But the signs were fast disappearing. The room would soon look just the way it did before the wedding.

The palace still shimmered like the bride. Bright yellow lights, decking every inch of its exterior, screamed out to the city of Lucknow that the palace was experiencing a glimpse of its former glory. That it had lived once more albeit for a day. But the inhabitants within were tired.

Walking down the long corridor of Sheesh Mahal, all by herself, Khushi knew what came next. Her first night with Arnav as man and wife. Truth be told, she was more nervous than excited. Her mother had given her plenty of advice, none of which made her feel any good about what was to come. She had momentarily considered hiding in one corner of this humongous palace and spending the night in oblivion. But her bridal attire was heavy enough to warrant her a change of clothes. And so she began walking slowly towards Arnav’s room, albeit with more apprehension than excitement. As she slowly made her way, one step at a time towards her destination, she met up with Shyam, who for some strange reason was walking around with an empty serving plate in his hand.

“Hello Jeejaji,” she said, yawning. She was tired. It had been a long day.

Noting that Khushi was all by herself, Shyam frowned. “It’s your first night. Someone should have walked you to Arnav’s room.” He sounded displeased.

Shyam paused for a second before putting the plate he was carrying to one side and said: “I’ll walk you.”

“No Jeejaji, that won’t be necessary.” But one look from Shyam and Khushi stifled her protest in her throat.

The two walked together silently. On reaching Arnav’s room, Khushi thanked Shyam. Just as she was about to push the door open, Shyam stopped her.

“I know Khushi that the two of us barely know each other but as your Jeejaji and someone who’s been married for seven years now, I want to give you some advice.

“What I’m trying to say Khushi is that, yes you’re married to Arnav today, but that doesn’t mean you have to change yourself, your likes and dislikes overnight to suit the man you married. It doesn’t mean you stifle your dreams and ambitions to prioritize his. And it doesn’t mean that you put your old relations on the backburner for the sake of new ones.

“Don’t change. Be the girl who Arnav fell in love with. But don’t force him to change as well. Keep your personal space, but allow him his space too. Don’t bend over backward for him, but don’t expect him to do it for you too.

“There is no secret sauce to a happy marriage. And yet there is. Just keep at it. There will be good days and bad days but as long as there is respect you’ll sail through beautifully.”

Khushi was touched. Her mother and Buaji had just spent two hours the night before telling her how she needed to mend her ways after marriage because she would be expected to behave in a sensible and mature manner as the Raizada daughter-in-law. That she would have to carry herself in a manner befitting her future family. That she was the honor of her new family and she would do well to remember that before she decided to do anything. How wrong they were. Tears of gratitude flowed through her eyes, as she bent down to take her brother-in-law’s blessings.

Just as Shyam turned, he spotted Anjali standing a short distance behind with a glass of milk in her hands. She quietly walked up to them and handed the glass of milk to Khushi before looping her hand into Shyam. She was already head over heels in love with her husband. She didn’t know how she could love him anymore. But that day she did. 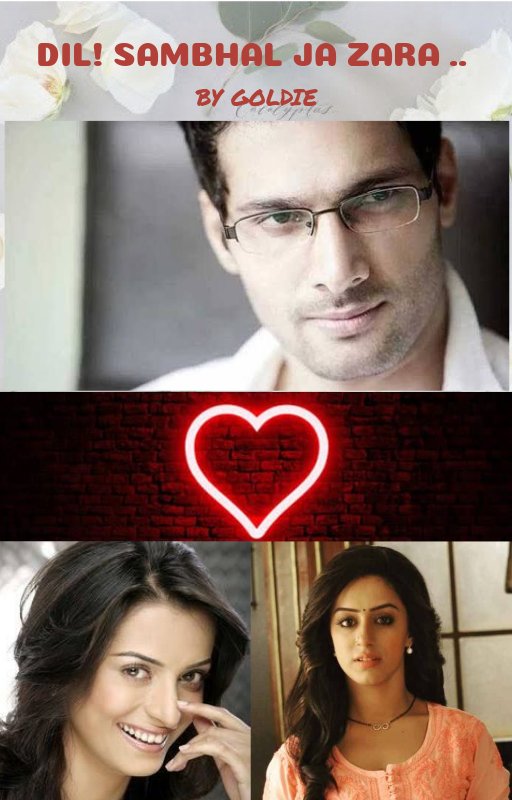 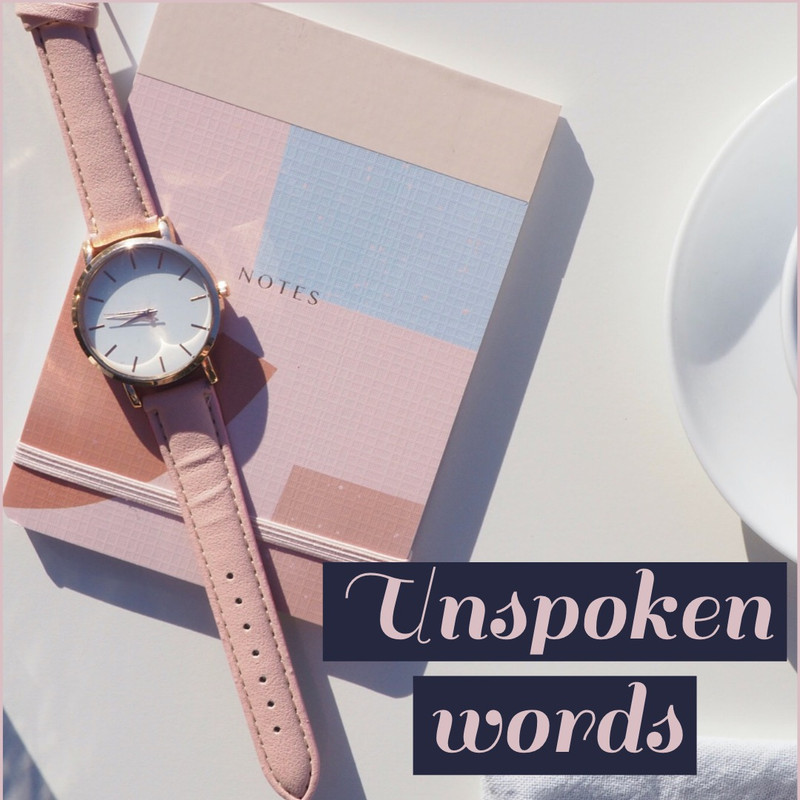