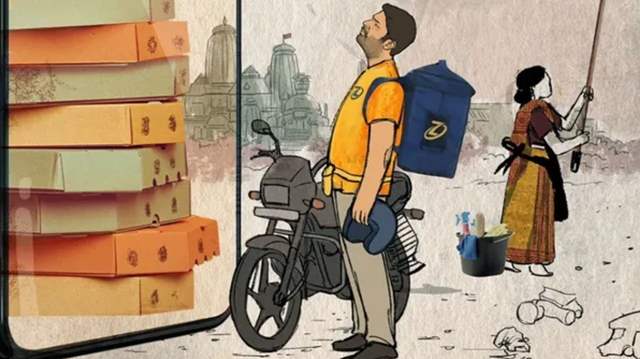 Shahana Goswami and Kapil Sharma will play the main characters in Nandita Das's Zwigato. As an official selection, the movie will now have its world premiere at the famous 47th Toronto International Film Festival [TIFF] in 2022.

It will be exhibited in the section titled "Contemporary World Cinema." The movie, written and directed by Nandita Das, stars Kapil Sharma as a novice food delivery rider who investigates the gig economy. Shahana Goswami portrays his wife, a homemaker who begins working for the first time in order to support his salary.

The Bhubaneswar-based film Zwigato depicts the struggles that an average family experiences in the post-pandemic society. It is a tale of life's unrelenting hardship, yet there are also shared joyous times. Kapil Sharma published the first poster of Zwigato on social media after announcing the same.

His caption read, "Applause Entertainment and Nandita Das Initiatives are proud to announce that our film ZWIGATO, written and directed by Nandita Das, starring Kapil Sharma and Shahana Goswami, will have its World premiere at the prestigious 47th Toronto International Film Festival [TIFF] 2022 in the ‘Contemporary World Cinema’ section."

The director of Zwigato said that the film is finally completed and tells a tale of the new urban India that deals not only with the gig economy but also with everything that society has come to accept as normal. Nandita claimed that Sameer Nair was the ideal co-producer for her to tell this straightforward but nuanced slice-of-life story. She also expressed her excitement for the upcoming Zwigato debut at the Toronto International Film Festival (TIFF).