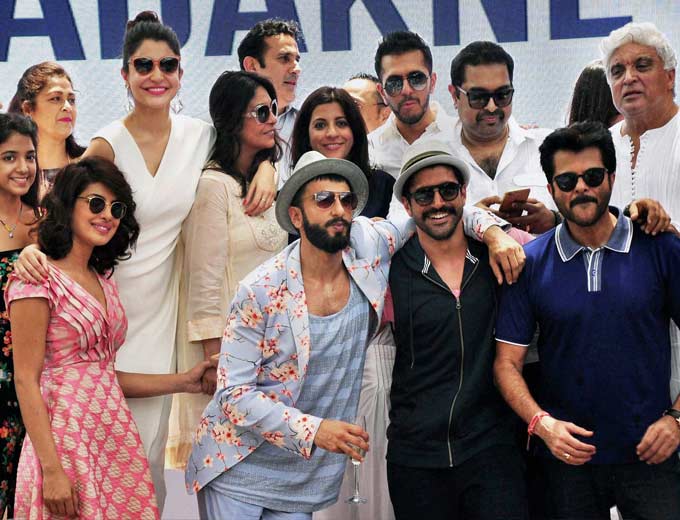 The much awaited comedy drama Dil Dhadakne Do directed by Zoya Akhtar is all set to hit the silver screens on June 5, 2015!

With only few days are left for the release, Zoya revealed about not being able to cast Ranbir Kapoor and Kareena Kapoor in the film. Zoya was asked if she wrote the film keeping Ranbir and Kareena in mind, to which she replied saying that every film has its own journey and that is how it is. She added, that the people who are meant to be with you, are finally with you when the film is being made. She also said that right from her first film, she had not been able to work with the people she wanted to work with. However, she was happy with the people she got to work with and makes no difference for her, she concluded.

The cast sure is a promising one!  Everyone is filled with energy!!

Do you think Kareena and Ranbir would have been better?

+ 2
5 years ago Well, she got the better actors. But we don't know which combination would work better .

+ 4
5 years ago Before the film was made we knew that zoya was planning to make a movie with Kareena and Ranbir as siblings and heard later they weren't available for it :/
It would have been SO much better seriously! :D