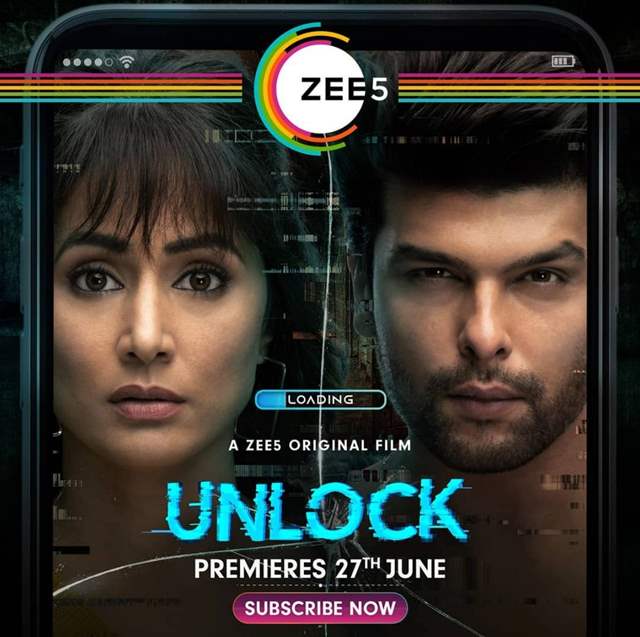 ZEE5, the largest creator of original content in India recently announced its next Original film ‘UNLOCK’, providing the audience with an unparalleled cinematic experience at home with new back-to-back releases. The film stars popular actors Hina Khan and Kushal Tandon in lead roles.

The teaser gives us a glimpse into the world of the dark web from the perspective of Hina Khan’s character Suhani. She is a next-door girl with an outgoing personality who ends up installing a diabolical app off the web only to win over the love of her life Amar played by Kushal Tandon.

Her obsessions and unpredictable nature will give the audience an edge of the seat entertainment experience. Will her compulsive addiction with the app’s virtual assistant voice fulfil her darkest wishes?

Directed by Debatma Mandal and produced by Wind Horse films and KARTINA Entertainment. UNLOCK will premiere on Saturday, 27th June, exclusively on ZEE5.

Have a look at the teaser below: