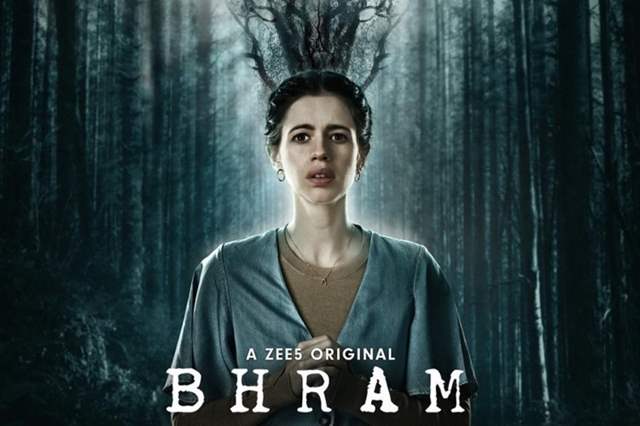 After the success of Barot House, Zee5 is back with another thriller titled Bhram. The web series starring Kalki Koechlin, Ejaz Khan and Bhumika Chawla is a psychological thriller based on the life of a novelist, who is suffering from post-traumatic stress disorder (PTSD). It will be an eight episodes long web series, written by K Hari Kumar and directed by Sangeeth Sivan.

Others actors including Sanjay Suri, Vikram Kochhar and Omkar Kapoor are also part of the series, which is set to release on the 18th of September. Now, the makers have finally unveiled the first teaser of the much-awaited series.

The teaser looks intriguing and darker than a new moon night. Kalki’s mysterious and haunting encounters with the dead are bone-chilling. The teaser opens up with a dead girl asking for Kalki’s help and suddenly attacks her.

We are looking forward to watching the series. What are your thoughts? Let us know in the comments below.