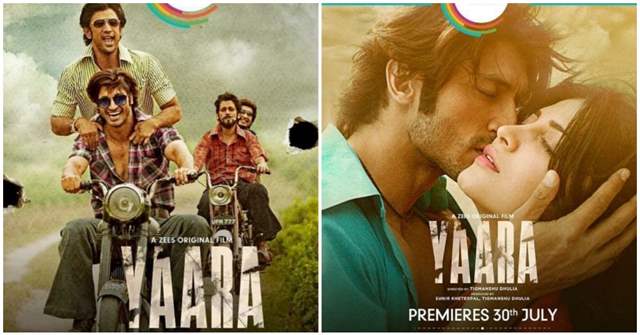 Just a few days back, one of most promising OTT Platforms ZEE5 dropped the teaser of it's upcoming original film titled 'YAARA'. Now, the platform has released it's official trailer on their social media accounts.

The film revolves around four notorious friends in their early teens who grow up to be the best of friends and eventually partners in crime. But their friendship goes through a test of a lifetime. Will their bond survive this challenge too? It is setup in the backdrop of North-India and it's a crime drama that tests the enduring friendship between four notorious criminals.

Have a look at the trailer below:

YAARA is a crime drama that has a stellar ensemble cast of Vidyut Jammwal, Amit Sadh, Vijay Varma, Kenny Basumatary, Shruti Haasan and Sanjay Mishra in pivotal roles. Produced by Sunir Kheterpal for Azure Entertainment, the film will premiere 30th July on ZEE5.

Mohit Kumar: Surviving in Mumbai without work is tough; it's ...
23 minutes ago