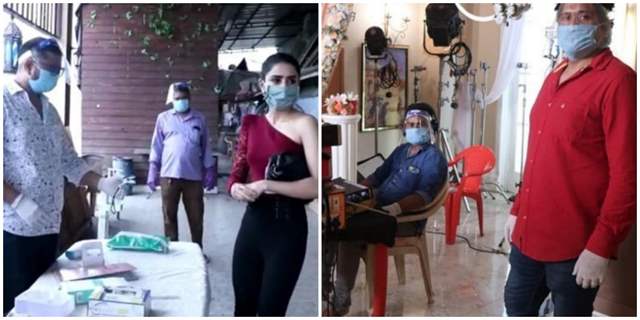 Now, as per the latest reports, Balaji Telefilm's Kundali Bhagya which airs on zee TV has also resumed it's shoots today. Mukta Dhond, the creative head of Naagin 4 and Kundali Bhagya confirmed the news to a leading portal and shared that the shooting have started for both the shows and it feels like a whole new world and the entire shooting process looks different. Mukta also mentioned that they are taking adequate precautions and are making sure that the Actors shoot at ease and also stated that very limited crew members are present on the sets.

The reports of Tellychakkar also stated that the shooting of Star Plus show Kasautii Zindagii Kay will resume from tomorrow and Parth Samthaan is expected to report on the sets along with a few other cast from the team.

What do you guys think of the above news? Are you guys excited to watch the fresh episodes of your favourite shows once again? Do let us know your views on the same in the comments section below.

Aamna Sharif Opens up on Shooting from home for Kasautii Zindagii Kay ...