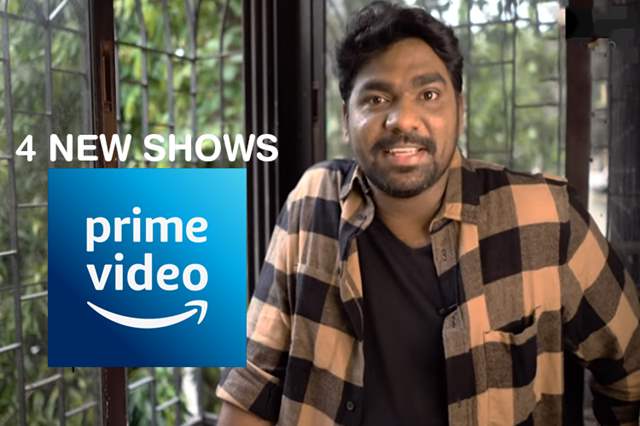 In times where coronavirus pandemic continues to be a concern in terms of having opportunities for work and new shows, it can certainly be termed to be a blessing when anyone has a confirmed show coming in.

However, in comedian Zakir Khan's case, it seems that this blessing has quadrupled as the popular comedian has not one, not two but four new confirmed shows coming in on streaming giant, Amazon Prime Video. In an approximately 8 minutes long video, Khan made an official announcement on Amazon's YouTube channel which confirms that he will be having four new shows coming in. In the video, he went through a journey in himself where he narrated his story of being a little kid to making it big today. Coming to his collaboration, Khan has already had three shows on Amazon which includes his first special Haq Se Single, two fiction shows - Kaksha Gyarvhi and Chacha Vidhayak Hai Hamare.

The four new shows that he announced include the second season of Chacha Vidhayak..., his new special, Tataasthu and two more unnamed specials.

Check out his heartfelt announcement below-

Mohit Kumar: Surviving in Mumbai without work is tough; it's ...
25 minutes ago