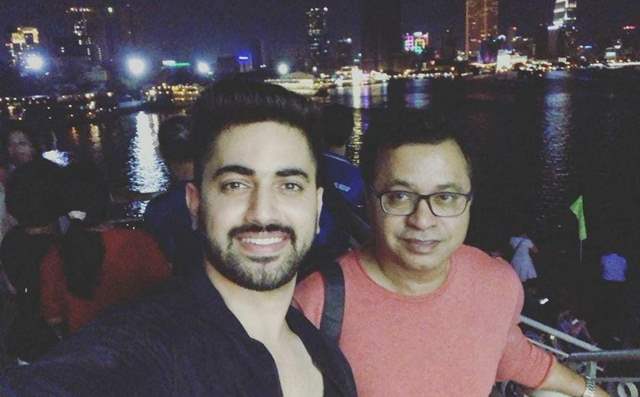 Zain Imam has suffered a personal loss as his cousin brother passed away. The actor, while mourning the loss of his brother, decided to bid a final goodbye to him as he shared a couple of photos along with an extremely heartfelt note. He took to social media as he wrote a long post trying to comprehend what has happened and also, ensuring that the family will always remember him with someone who has a smiling face.

Zain wrote, ''We still can’t believe you left us so early Bhaijaan. We all were positive that you will come out of this but guess Allah had something else in mind and the day of shab -e-qadr to snatch you away from us. You will be dearly missed bhai. This post is in remembrance of the hardships of life you faced with a smiling face.''

Along with his feelings, the actor also went on to express how so many people were praying for his recovery and also mentioned a couple of people from the industry who were helping them out in such times. He also went on to thank his team of writers, who ensured that he got the necessary medicines, etc, as and when needed.

We pray his soul rests in peace!

On the work front, Zain has been recently working on web shows and was recently seen in Poison 2 as well as Crashh, and he was appreciated for his performances in both the shows.