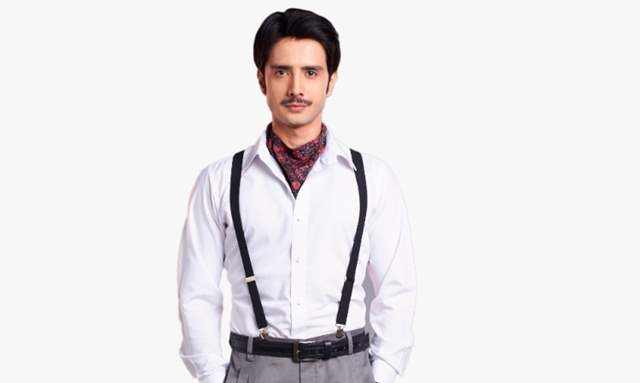 India and Pakistan’s partition was the most terrifying time someone can ever face. With Sony Entertainment Television Kyun Utthe Dil Chhod Aaye they are trying to recreate the same time for the new generation to watch it.  Zaan Khan who essays the role of Randheer shared stories which his grandfather used to recite to him regarding the stressful time of partition. Currently, in the track, Abrar would burn down Lalaji’s shop, during that time Mogar would be inside the shop. She would be saved by Amrit and Randheer.

Zaan had goosebumps while shooting for few sequences of the partition because it was being shot the same way as his Grandfather Saeed Hasan Khan used to narrate to him. His grandfather also told them they lost many near and dear ones at the Atari border.  His grandfather was a freedom fighter who very proudly told him that he went to jail many times even with Gandhi Ji.

Zaan while talking about his grandfather's stories, said, “I used to love listening to my grandfather’s stories about partition. He always mentioned this one thing that nobody thought that we can ever be created into two countries, but the partition happened overnight. My nana ji always said it was the most horrifying time someone can ever face. I feel so thankful to Sony Entertainment Television for the role of Randheer because I feel so nostalgic while performing scenes which grandfather has really lived.”

Shooting for the same sequence gave Zaan chills thinking how people would have sustained at that difficult time.

Kanica Maheshwari on people feeling entitled to make comments: Do not ...