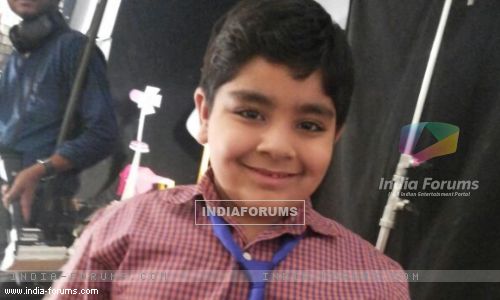 We have most of the times seen Television adults who made their debut on the small screen have reached greater heights by making their Bollywood debut. Besides these, we have also seen actors dabbling between films and television shows. Well, seldom we get to see television kids featuring in movies.
The next on the list of these young talented kids is none other than our baby gannu bappa Sadhil Kapoor. He soon will be seen in a movie starring seasoned actors like Irfaan Khan and many more.
When asked Sadhil about his movie and the character in the same, he averred, "Along with Captain Tiao, I am doing a movie named Jalpat wherein I will be seen essaying a comic character. The peculiar thing about my role is that he repeats every single word twice like are are kya kya kar kar raha raha hai hai. I have got an opportunity to share the screen space with veteran actors like Irrfan Khan, Jimmy Shergil. There is this one more guy in the movie who's friend's character I am playing in the film. Jalpat is directed by Nishikant Kamath who has also directed movies like Lai Bhari, Force. My character is entirely and out and out a comedy character."
Well must say Sadhil, you have a long long way to go kid!
Keep reading this space for more details on your favorite actors and shows.
Upasana Patel

6 years ago wish u a very happy children's day[belated],sadhil kapoor ,aka ganesh.

I love Jimmy Shergill and he is truly a good actor!!!!