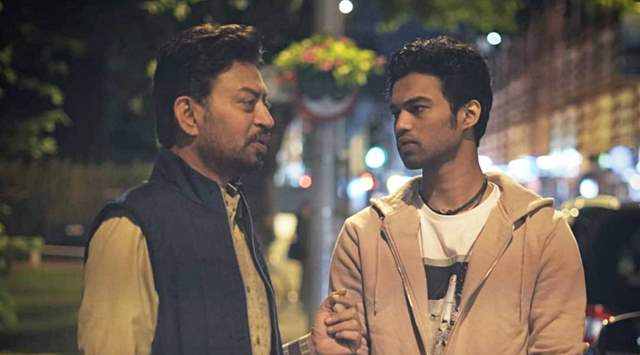 Irrfan Khan passed away in Mumbai's Kokilaben Dhirubhai Ambani Hospital on April 29, 2020. In 2018, the late actor was diagnosed with neuroendocrine cancer and was treated for nearly two years. Irrfan's death was commemorated on Friday for the second time. With a statement on social media, Irrfan Khan's son Babil Khan remembered him and reflected on the time he spent with his father.

Babil penned a long comment on Instagram about how he wasn't ready to move on after sharing a photo of Irrfan. He wrote,

“Dear baba, I’m trying to remember that perfume you wore, when we travelled north to watch lights dance in Norway. I remember exactly, the feeling of your smell, but I can’t remember the materialism of it."

"I remember the sensation on my fingertips when you spread my palms to tell my fortunes but it frightens me to forget your playful pinch on my nostrils. I have begged, and I have cried to the heavens, to let not my body forget yet; for my soul is not ready to forfeit. I am not ready to move on, and I am alright with the idea that possibly I will never be, we were never governed by logic".

"You and I, singular and cosmic. Everything is, and yet it is not; You’re a perfect teardrop in my asylum. I was mindful and yet I forgot, my intonations of violence. You still breathe, in my thoughts; and our institutions of madness. I miss that, what I fought; your explorations of silence. A creation of yours, Babil.”

In 1995, Irrfan married Sutapa Sikdar, whom he met at the National School of Drama. Babil and Ayan are the couple's two sons. Irrfan Khan is most known for his work in Hindi cinema, although he has also appeared in Oscar-winning films such as Life of Pi, The Amazing Spider-Man, and Inferno.

With Qala, Babil is ready to make his Bollywood debut. The picture, which also stars Tripti Dimri, is produced by Karnesh Sharma's Clean Slate Filmz and has yet to see the light of day. In addition, he will appear in the online series Railway Men.

+ 8
5 months ago so devastating to loose a father and that young.