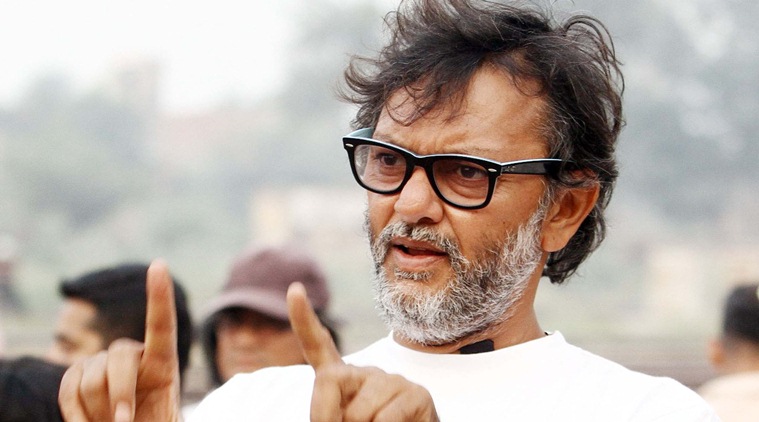 Stupidity, madness and foolishness are needed to make cinema, says Rakeysh Omprakash Mehra who admits half his films have been "super flops" but believes there's nothing like success or failure in the business of art and filmmaking.

"You need foolishness to make cinema...Yeah... How to explain it... It's difficult," Mehra said at a discussion at the 13th Habitat Film Festival here on Sunday.

Elucidating, Mehra told IANS: "I mean you need to chase a passion. And truly believe in it, in practice and in action. Sometimes I push it to the brink, but then somebody has to."

Known for movies like "Rang De Basanti" and "Bhaag Milkha Bhaag", Mehra's "Aks", "Delhi-6" and "Mirzya" weren't very commercially successful. But hits and misses are a part of life, averred the filmmaker, who feels failures only make on stronger.

"Because the harder you fall on your face, the stronger you will get... Because you will fall again, in one way or another. To say that life is going to be a smooth sailing, is a bigger stupidity... For making cinema, you need foolishness of a certain kind," he added.

He believes films are a "beautiful amalgamation of art, and now commerce has seeped in".

"But for a moment if I keep the commerce away, it's the coming together of artistes -- a thinker, performer, clown, musician, poet, actors... So many people who have chosen a profession to express themselves... There's bound to be a certain passion and intensity, at least in the cinema I follow.

"What a waste otherwise if one was only chasing the commerce... For me, it's art first, but I now also know how to balance both worlds."

While on stage, Mehra cited the example of filmmaker Vishal Bhardwaj when he spoke of having immense passion.

"Sometimes stories come from great literature. There's the master Vishal Bhardwaj who has taken the works of the master of masters and reinterpreted it... He is more stupid than I am... He's crazy... He doesn't feel scared at all... He takes William Shakespeare's work and interprets it," Mehra said to an audience including veteran writer Gulzar.

Pointing at Gulzar, he said: "He has perhaps learnt it from you... You also talk to Ghalib like he's sitting next to you."

Mehra also reflected on his failures.

"I think in this business of filmmaking and art, there is nothing called success or failure to begin with. And if something hasn't gone down well, then you learn from it... So, in the eyes of the world, you have to give yourself permission to fail," he said.

He is hopeful his new film will do well.

"When 'Rang De Basanti' had released, we immediately knew it's a hit, and in a few days, we knew it was a superhit. I am not bragging here because half my films are super flops.

However, he said the hits gave him the courage and resources to make the films he really wanted to.