Mumbai, Dec 29 (IANS) Actress Priyanka Chopra has been very busy of late, first promoting 'Don 2' and now 'Agneepath', but she still manages to look fresh. The actress asserts that she doesn't stress easily.

'Not really. It's easy to make me upset but not to stress me out,' said the 29-year-old.

Next year is expected to be equally hectic for Priyanka who is working in 'Barfee', 'Teri Meri Kahaani' and 'Krrish 2'. 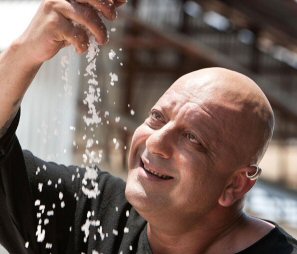 Working with actors like Sanjay Dutt, Hrithik Roshan and Priyanka Chopra in his debut project 'Agneepath' has been a golden opportunity for director Karan Malhotra who thanks Sanjay for his encouraging words that helped him sail through the making of the film.

Sanjay plays Kancha Cheena in the film, while Hrithik essays the role of Vijay Dinanath Chauhan, which was played by Amitabh Bachchan in the original.

'Sanjay sir has been the strongest person in my life as far as this film is concerned. As an actor, he has been encouraging throughout the process and I don't think anybody else could have played Kancha the way he did it.

'Whether it was a scene, a shot or a song, the only words that came out from his mouth were of encouragement, and nothing else... full and final support,' said Malhotra.