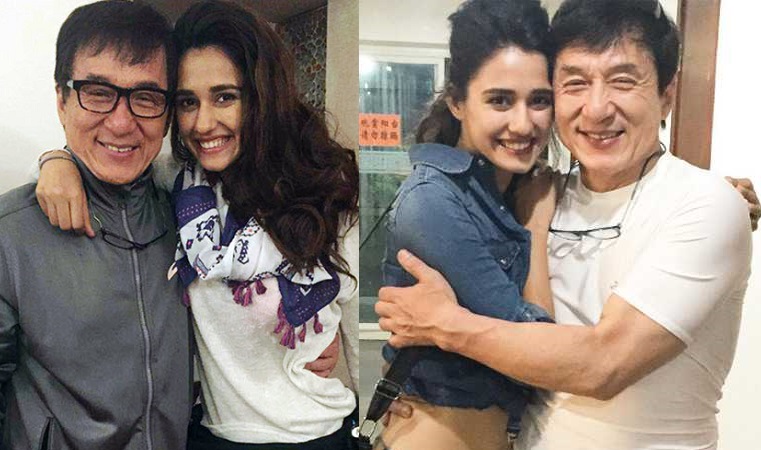 Actress Disha Patani has wished her "Kung Fu Yoga" co-star and martial art legend Jackie Chan on his 64th birthday on Saturday and said she is lucky to get a chance to work with him.

"Happiest birthday to the living legend, I am so happy, lucky and grateful that I got a chance to work with you. You are the kindest and nicest person, I hope that you live for 100 more years! Thank you for inspiring all of us you are the best. Love you Jackie Chan," Disha tweeted on Saturday.

Directed by Stanley Tong, "Kung Fu Yoga", a Sino-Indian project, is a part of the three-film agreement signed between the two countries during Chinese President Xi Jinping's visit to India.

Disha is currently riding high on the success of her latest release "Baaghi 2", which stars Tiger Shroff in the lead role.

Krishna Shroff Clarifies about brother Tiger and Disha’s Live-in amid ...

Sushant's Co-star From 'Sonchiriya' Ram Diwakar Shares a ...
44 minutes ago

Mahesh Bhatt Sends Letter Responding To Accusation of ...
45 minutes ago

Bigg Boss 13 winner Sidharth Shukla on shooting amid ...
an hour ago

Sooraj Pancholi Slams Reports of Affair With Disha, Link Up ...
2 hours ago

"I Personally Feel that this is the Time for Us to Delve and ...
3 hours ago