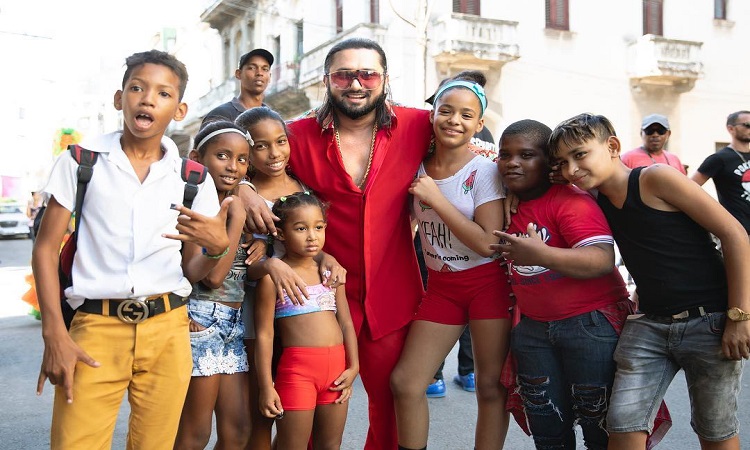 Yo Yo Honey Singh who has made a grand comeback with his latest single 'Makhna' is excited to witness his song garnering 113 millions of views. Makhna which released on 21st December under the Label T-series has been creating waves amongst the masses.
2018 has been a rocking year for Honey Singh as he delivered many chartbusters such as Dil Chori and Chote Chote Peg, (both from Sonu Ke Titu Ki Sweety; 2018), This Party Is Over Now (Mitron; 2018), Rangtaari (Loveyatri; 2018), to the Shahid Kapoor-Kiara Advani featuring single Urvashi.
Yo Yo Honey Singh has taken the country to an International level. Continuing this trend, the song 'Makhna' is also shot at an exclusively breathtaking location in Old Havana in Cuba.
Talking about the song, Yo Yo Honey Singh says, "Shooting Makhna was a thrilling experience. I love exploring new places and I felt Cuba was the perfect location to shoot the song. It took me seven months to prep for the song and it gives me immense pleasure to see the kind of response it has been garnering. I also found new young talents for this song, like a 15-year-old."
Yo Yo Honey Singh is one of the biggest music directors in the industry. He has carved a niche of his own, emerging as an idol to many singers. He has conquered millions of hearts with Makhna. This song was shot at a breath-taking location in Old Havana, Cuba.
Yo Yo Honey Singh has conquered the Indian Music Industry with his exceptional music and inimitable style.