The universal day dedicated to love, Valentine's Day, is fast approaching so the DJ of BollyCurry is feeling sentimental and in the mood for something spiritual, maybe even slow. Hence, this week's edition of Yo Mr. DJ is devoted to the greatest Sufi songs of recent times.
Sufi, a genre of music also called Qawwali, has been heard in Bollywood films for decades and is usually accompanied by various musical instruments. Derived directly from Sufism, the mystical tradition in Islam, these songs convey the message of true love and beyond, touching the depths of one's heart and soul. One of the greatest Sufi singers, the late Nusrat Fateh Ali Khan, prided in himself in introducing Sufi music to the Indian film industry in 1994 with the melodious "Sanware" in the movie Bandit Queen. Sufi music has since created a niche in Bollywood and quickly gained popularity, both locally and internationally. With its growing fanbase, music directors try to include at least one Sufi song in their albums with hopes of garnering acclaim and appreciation for their work. Listed below, in random order, are some of the most soulful melodies of late.
"Khwaja Mere Khwaja" - Jodha Akbar 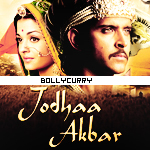 Perhaps one of the best and most soulful songs in Bollywood, "Khwaja Mere Khwaja" was sung by A.R. Rahman with lyrics penned by Kashif. The song tells the tale of reverence for the greater power and a wish to assimilate oneself with it. This lengthy number started with the melodious sound of a harmonium coupled with a short verse and then flawlessly into an uplifting sound of an organ interwoven with strings that just isolates one from the physical world.
"Main Jahaan Rahoon" - Namastey London 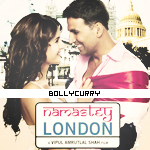 This heart rendering track features the soft vocal of Rahat Fateh Ali Khan along with the talented Krishna Beura. The music was composed by Himesh Reshammiya whilst Javed Akhtar did wonders by writing beautiful and sentimental lyrics. When longing for love consumes the heart, this song is certainly relatable and soothing to the ears as it moved into completion.
"Allah Ke Bande" - Waisa Bhi Hota Hai Part II 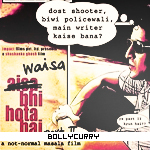 Kailash Kher rose to fame with this popular Sufi song, quickly rocking the charts post its release. Music by the famous Salim Merchant and Sulaiman Merchant, this track is an inspirational piece that advises one to look forward to tomorrow. The constant strumming of the electric guitar throughout the song made this originally traditional song sound modern to the ears.
"Tu Mun Shudi" - Raanjhanaa 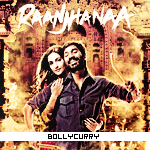 "Tu Mun Shudi" was composed and sung by the talented vocalist A.R. Rahman, whilst Rabbi Shergill also made his valuable contribution to this beautiful Sufi song by lending his powerful vocals. The interesting lyrics of this song were written by Irshad Kamil and depicted the choices one must make in life and how to be ready for the consequences.
"Saaiyan" - Heroine 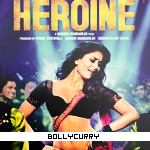 Soothing to the ears, "Saaiyan" infuses the figure of a depressed lover and the one in a higher power together. With the music composed by Salim-Sulaiman Merchant, the track was sung by the Sufi genre's powerhouse, Rahat Fateh Ali Khan. The tenderness of the song and the beauty of the lyrics by Amitabh Bhattacharya certainly made this track deserving of its position in the Bollywood's top 10 charts.
"Kun Faya Kun" - Rockstar 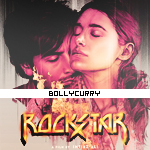 The famous "Kun Faya Kun" is dedicated to the Sufi Saint Nizamuddin Auliya and was actually taken from the Quran, the holy book of Islam. Rendered in the voices of A.R Rahman, Mohit Chauhan and Javed Ali, the rise and fall of a rockstar has been well presented as this number was picturesque on a holy Dargah. Amongst the other Sufi songs produced in the same year, this one was named the best as it managed to connect the listener with the Lord inevitably.
"Pattakha Guddi" - Highway 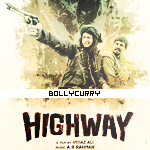 The soundtrack of this film was created by A.R. Rahman and lyrics were penned by Irshad Kamil. "Pattakha Guddi" has two versions; the male version is sung by the master himself, A.R. Rahman, whilst the female version is sung wonderfully by the Nooran sisters. The song is mostly depicted on a young girl with innocent traits and behavior to match; little does she know of the real world. It also focuses on how the Lord showed her the right path.
They say music is the voice of the Almighty, thus Sufi is dedicated only to Him. The genre will always have a special place Bollywood for the passion and love these songs portray and will continue to be one of the best types of music in Bollywood, having already garnered fans amongst all age groups.
With that, we come to end in this edition of Yo Mr. DJ and if by any chance, you haven't heard any of the aforementioned soulful melodies, then BollyCurry encourage you to give them a try. We can assure you that it'll be one of your best listens. In the meantime, be sure to tell us your favourite Sufi song. Until the next edition, adieu!
Writer: Amanda.H
Editors: Mohini N. and Jenifer Y.
Graphics: Shikha A.
Do you have a suggestion or comment for BollyCurry? Drop us a PM at BC_Dropbox today!