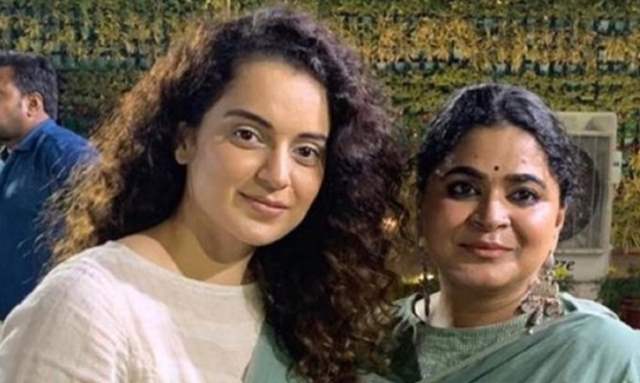 Kangana Ranaut has carved a niche for herself in Bollywood and the actress is once again on a spree to break all her previous records. The Judgementall Hai Kya actress has won several accolades and there's no stopping her.

Recently, Bollywood’s Megastar Amitabh Bachchan regarded her as ‘Number 1 actress’ in a segment of Banega Crorepati episode. Now, director Ashwiny Iyer Tiwari has acknowledged her craft and said that “Kangana is a fantastic actor and I don’t care what the world has to say about her.”

The two have forged a great bond as Kangana is working with Ashwiny for their upcoming project Panga. From gorging on chaat together in New Delhi to shooting for Kabaddi scenes, Kangana and Ashwiny had a great time on the sets.

In an interview with the Times Of India Ashwiny said that when she approached Kangana with Panga’s script, however, she was busy with Manikarnika. She stated that Kangana gave nod to the script post narration despite being tired from long hours of Manikarnika.

She also mentioned that Kangana is a fabulous performer and an intelligent, disciplined girl. Ashwiny event revealed that she did not let other people’s opinions about Kangana affect her mindset about the actress.

“For me, Kangana is a fantastic actor and I don’t care what the world has to say about her. Every relationship works on mutual trust and respect. For me, an actor and a director’s relationship is one that lives beyond a film. It was important that Kangana trusts my instincts and the fact that I will never speak about her behind her back. She trusted me. And so, we could never stop talking to each other and we never communicated through other channels. Yes, as the director, this film is my vision, but my crew and cast partnered with me. Kangana is an intelligent, disciplined girl. Such people are partners, not competitors. If she’s shining as Jaya, it’s our effort that’s being appreciated. Except for the kabaddi scenes, she didn’t even watch her scenes on the monitor. That’s trust, not insecurity, right?”

On the work front, Kangana is currently shooting for Thalaivi and a series which will scope the life of Jayalalithaa in a biopic.

"I Feel that this is the Time for Us to Go Beyond Our Roti, Kapda, ...