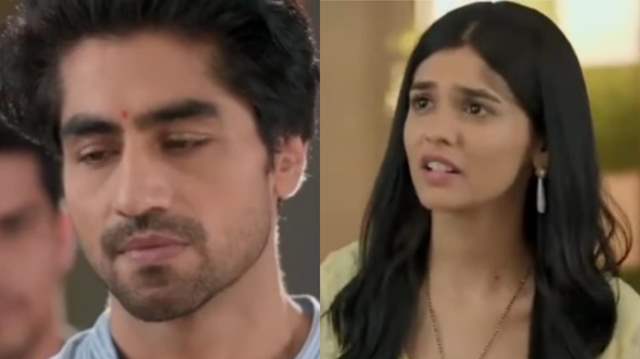 Star Plus show ‘Yeh Rishta Kya Kehlata Hai’ has kept the fans glued to the TV screens. The current track of the show revolves around Goenka and Birla families going through a difficult turmoil. Goenka family is tensed and Kairav is arrested post Anisha’s death and has eloped from the custody while Birla family has faced Anisha’s death while Abhi is soon to be operated.

In the upcoming episodes, Akshu finds herself in a dilemma as Abhi needs her while Kairav is also in a panicky state and wants to meet Akshu. Akshu sees Harsh and everyone being there for Abhi and she rushes to meet Kairav. Abhi watches her rushing somewhere. Akshu goes to meet Kairav and calls his name. Kairav sees her and sees Abhimanyu behind. He panics and asks her why she called Abhimanyu. Akshu gets shocked. Kairav runs away.

It is revealed to Abhimanyu that Akshara knew about Kairav but she hid it from him. Abhi asks her questions about the same. Akshu tells him that she wants Kairav to surrender and has come to only convince him. She asks him to leave. Abhi tells him that he will meet Kairav himself and will figure out something. Akshara tells him that his surgery is more important. She convinces him to go for the surgery.

Abhimanyu goes for the surgery. Kunal tells Akshara that she will have to lend her voice to his sister and become her voice. This leaves Akshara shocked.