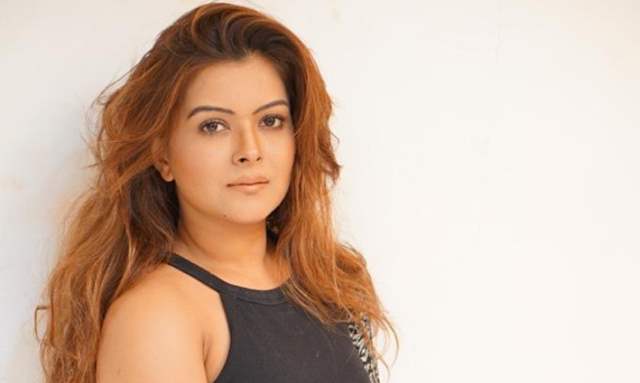 Shilpa Raizada entered the entertainment industry in 2010 with Hamari Devrani. She played the role of Padmini in the TV show, and after that, there has been no turning back. Coming from a non-acting background, her struggle began at home and she says she is her own acting hero.

"I come from Betul district in Madhya Pradesh, its a very small place called Pathakhera, so convincing everyone at home that I want to act and I want to go to Mumbai was a challenge. In fact, even in my college days in Bhopal, I was the President of the Art and Cultural society, so I used to participate in plays and dance. After college, I did a few ads and anchoring too, but nobody at home knew about this. I came to Mumbai twice for a look test, when I came here for the second time, I got selected for 'Hamari Devrani' and after signing the agreement I called my parents and told them everything. They agreed, and have been supportive since then," she said.

She further added, "I wanted to see myself on the big screen and I am working every day towards that. I have been in the industry for over a decade now and every day teaches me something new. Whatever I have achieved so far, is because of my hard work. And I am my hero, be it life or acting."

The actress is currently seen as Surekha Goenka in Rajan Shahi's Yeh Rishta Kya Kehlata Hai and calls the experience amazing. She said, "I will soon complete four years in the show, and the experience has been amazing. It's a typical Indian show full of family values and love and that's why its been loved so much. As far as my role is concerned, people say that I look very beautiful on-screen and that my acting looks very natural. Also, if I go out of town, people recognize me. What more can an actor want."

Shilpa, however, mentioned that her on-screen character is a little older in age and she was a little hesitant of accepting it, but meeting Rajan made her accept it.

"Initially when I was offered the role I was not sure whether I should do it or not, but when I met Rajan sir I just couldn't say no. He is so polite and warm-hearted that I feel lucky to be a part of his show. The best part is he personally calls everyone and keeps visiting the sets to check on us. Nobody does that and I think that's why people love working with him," she said.

Sharing more on her experience of working under the banner of Director's Kut Productions, she said, "It's a great place to work. It feels like family. Especially during these COVID times, everyone is taking such good care of the actors. Our immunity test is regularly done, and if someone has low immunity, they are asked to take rest for 15 days. And I have not heard this happening elsewhere. Also, every hour or so we are given hot water and kadha, our rooms are getting sanitised, the whole set gets sanitised frequently and because the actors don't wear masks during the shoot, everyone takes extra precaution."

Lastly, when asked about a dream role, Shilpa said, "I want to play a character which has a dual personality, or maybe an out and out comedy or a hopeless romantic character."