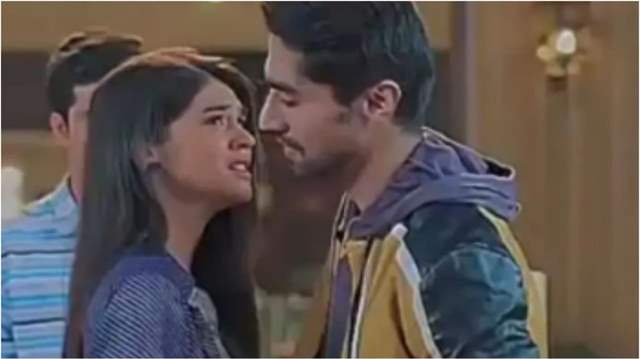 The current track of Star Plus show ‘Yeh Rishta Kya Kehlata Hai’ revolves around Abhimanyu getting Kairav and Manish arrested while Akshara is confused as to why would Abhi do that after seeing the proof where Kairav is proven innocent. However, Abhi did’nt see the evidence. Mahima and Parth saw the video but decided to not reveal the truth in front of everyone so that Kairav can suffer.

In the upcoming episodes, Akshara asks Abhimanyu several questions. She asks him as to why did he never asked about her health and what she did in the one year. She tells him that he is only concerned about his life, his pain and his situations. Abhimanyu bluntly asks him what made her leave him for a year. Akshara stays mum but Suhasini enters and reveal the entire truth.

Mimi tells him that Dr. Kunal put up a condition for doing the surgery and what Akshu did was only for Abhi and not for anyone else. The family stay stunned. Mimi takes Akshu and leaves but Abhi stops them and asks Akshu as to why did she decide to sacrifice when the only rule of their relationship was no sacrifice. Akshara and Abhi share an argument. Akshara and Mimi leave.

Neil and Harsh try to make Abhi understand about Akshara’s situation. At Goenka house, Aarohi questions Akshu but Suwarna and Mimi support her. In the forthcoming episodes, Akhilesh exposes Anand who’s set to perform a surgery while being intoxicated. Meanwhile, Abhi gets a call from Parth who calls him to show him something important.