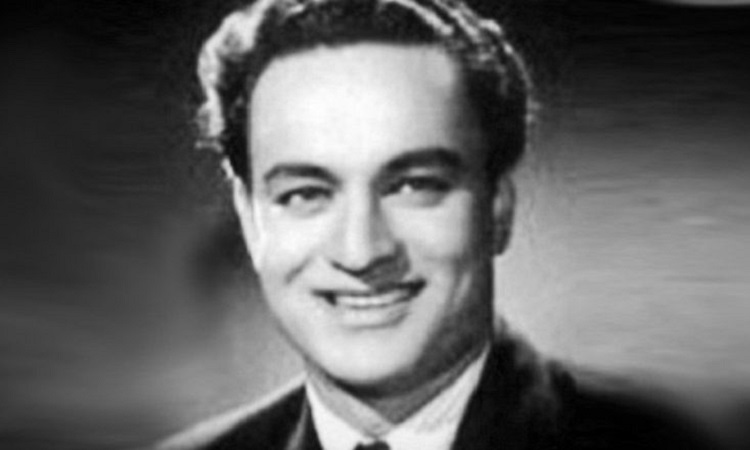 Still one of Bollywood's best-known singers whose smooth and sonorous voice rendered a gamut of iconic songs, his admirers spanned from spin wizard B. Chandrashekhar - who was listening to him before bowling India to victory against England at Lord's in August 1971 - to Benazir Bhutto, who kept cassettes of his songs in her car while on the campaign trail. But for many, Mukesh is associated with just Raj Kapoor.

While he sang Raj Kapoor's biggest hits, both in RK banner's films and others, including such evergreen hits such as "Awara hoon", "Mera joota hai Japani", "Hoton pe sachai rehti hain", "Sab kuch seekha hamne" and when he died in 1976, the tearful actor lamented he had lost his voice, Mukesh had some equally famous songs for many other actors, big and small, admired and forgotten.

And on the singer's 95th birth anniversary, which falls on Sunday, July 22, let's look at some of these.

The Delhi-born Mukesh Chandra Mathur displayed an interest in music right from his childhood, convincing his elder sister's music teacher to tutor him too. After a brief stint in a conventional job, he was lured to Bombay by a distant relative, actor Motilal, who was impressed by his singing.

Though he began as an actor-singer in "Nirdosh" (1941), Mukesh, as he would be subsequently known, soon switched to playback with his debut being "Dil Jalta Hai" in "Pehli Nazar" (1945), starring Motilal.

The song was sung faithfully in the style of his idol Saigal and there is a story that when the great singer heard it, he remarked that he did not remember recording it. But Mukesh was soon weaned off his fixation with Saigal by two composers - Anil Biswas who told him he should develop his own style, not imitate someone else, and then Naushad Ali who made him the voice of Dilip Kumar in films like "Mela" and "Andaaz" (also co-starring Raj Kapoor, whose voice was Rafi).

Dilip Kumar, however, plumped for Rafi, and Mukesh was snapped by Raj Kapoor - and became his "voice". But as said, Mukesh sang for many other actors, and these songs are also as famous. Some prominent ones are:

#2 "Zindagi khwab hai" from ("Jagte Raho", 1956) - Made under the RK banner, this avant-garde film, much ahead of its time, was a commercial dud. Another point of disappointment was particularly this song, broadcast on Radio Ceylon, made everyone think it was picturized on Raj Kapoor. It, however, had Motilal, playing a rich, drunken sybarite, stumbling down the street with a philosophical ditty: "Zindagi khwab hai, khwab mein jhoot kya/Aur bhala sach hai kya.." (Bonus points for properly pronouncing "khwab" as "khaab" as it is correctly).

#3 "Chhoti si zindagani teri.." ("Aah", 1953) - In this Raj Kapoor tragic romance (later amended after negative audience feedback), Mukesh appears as himself as a tonga driver, transporting a sick Raj Kapoor, which singing this on the short, impermanent life, using the imagery of a bride leaving her father's house.

#4 "Sawan ka mahina" ("Milan", 1967) - Picturised on Sunil Dutt, as he tries to teach Nutan the correct pronunciation is not "shor" but "sor", this eastern Uttar Pradesh ballad was one of the highlights of this reincarnation story.

#6 "Ankhiyon ka noor hai" ("Johar-Mehmood in Goa", 1965) - Another movie based on unofficial Indian attempts to liberate then Portuguese Goa, this song in this madcap film made by the idiosyncratic I.S. Johar, sees an invisible Johar serenade his lady love (Sonia Sahni) while fending off a rival (Kamal Kapoor).

#8 "Aaya hai mujhe phir yaad voh zalim" ("Devar", 1966) - Mukesh seems the perfect choice for this unusual romantic serenade by Dharmendra in one of his initial films where he was a 'chocolate boy' hero against his future rough-hewn macho image.

#9 "Main ek pal do pal ka shayar hoon" ("Kabhie Kabhie", 1976) - In this near-biopic about a legendary poet's romantic life, Mukesh is the perfect voice as Amitabh Bachchan, to Khayyam's soulful music, makes a frank assessment of a poe's career and legacy.