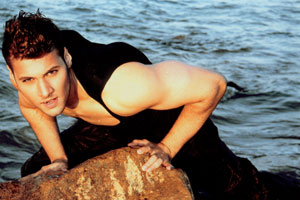 Jiya Jale, one of 9X’s top rated shows, is the love story between Sunaina and Chandan. The show has constantly been full of twists and turns in the love story of the couple. In fact, the production house has done a lot to boost their TRPs like the introduction of new characters.

After Rakhi Vijan, the new face joining the bandwagon is television’s chocolate boy Yasir Shah who was last seen in Khwaish as Azaan. When contacted Yasir says, “Yes I am going to enter Jiya Jale as a parallel lead. I will be playing the role of a lawyer whose name is Yuvi and he is very successful and confident of himself. However, right now this is all I can say about the role. The audience will just have to wait and watch what will happen in the future. But yeah, the role is very interesting and the audience will love it.”

Yasir Shah was slated to play the main lead in Ekta Kapoor’s upcoming show Krazy Kiya Re on Sony Entertainment Television but the buzz in the grapevine is that the shoot of the show has been postponed for the time being. We wonder, is this an indication that he is being chucked out of the show?

14 years ago I will definately watch for him....can't wait for his entery...love him

14 years ago He's going to be playing a lawyer in this show too? :-) :-) :-) But hope he doesn't get chucked out of Krazzy Kiya Re either.With his hotlooks & fashionable outfits,he would be ideal to play a college dude role.Anyway,whichever show he will be doing,hope we get to see him again soon.

There's been rumors for 4 shows already!

All the best for whichever ones you take!