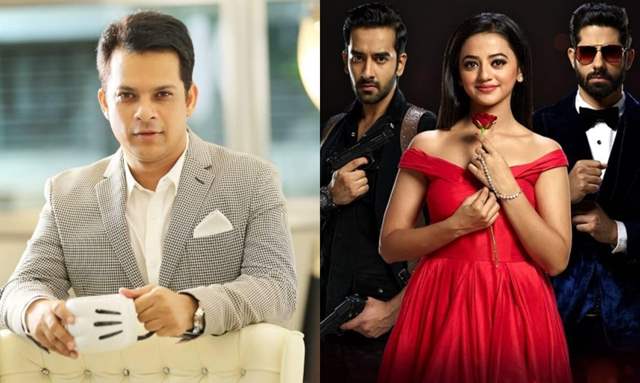 Mamta and Yash Patnaik’s hit show Ishq Mein Marjawan 2 has been a big success. From Monday (15th March), the show is going to be on a popular digital platform Voot Select. Speaking on this big movement, Yash Patnaik the creator of the show says, “IMM2 has been a great hit on digital since the beginning. The viewership numbers say it all. So, in my view the shift is natural. I am thankful to the Colors team for their continuous trust in the IP.”

The show became a trendsetter in very little time and the connection between IMM2 and its audience is very organic. Speaking on that Yash says, ''IMM2 has been a great experience for all of us at Beyond Dreams. We took a big gamble with the narrative, characters, and treatment. I am happy it has paid dividends to everyone connected with the show. As a creator, it’s a great feeling.”

According to Yash, digital platforms are very exciting. He explains, ''One gets more freedom and opportunity to play with the content and narrative. The digital audience is very expressive. They accept, reject, and react to almost everything instantly. Unlike television ratings which are drawn from very small data, digital numbers are big and real. The reactions are instant, hence it's interesting for us as makers.”

So what changes can the audience expect in the show from 15th March onwards? “The storyline of IMM2 will continue, however, there will be more thrill, intrigue, and romance. We won’t make drastic changes as there is a large audience who have been watching the show for a long time. Viewers can expect upgraded look, feel, and treatment as we go along. We are also introducing a very interesting track from the 15th. Actor Ankit Siwach is joining the cast and will be playing Vyom, a very interesting character. Vyom will bring a lot of twists and turns to the story.”

Well, with changes and a new platform, the show sure holds a lot in store.

+ 2
1 months ago I am so excited about the show and i cant wait to watch what they have planned for us ....i am sure we will love i.