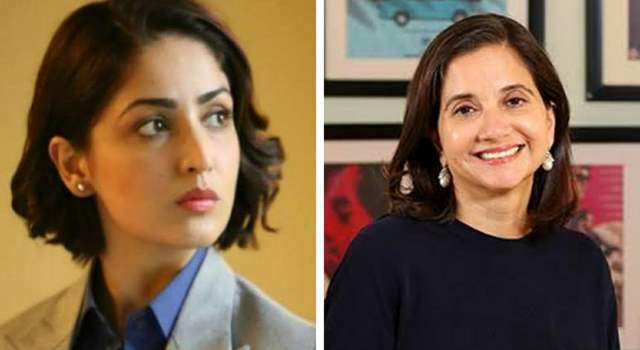 Acttor Yami Gautam Dhar has been on a roll lately starring in multiple films. After making an impact with her solo-led film, A Thursday, the actor another release recently in the form of Dasvi, that also stars Abhishek Bachchan and Nimrat Kaur. You can read our review here.

Dasvi might have opened to mixed reviews in general but it seems one particular review and comments about her acting seemed to have rubbed her the wrong way. Film Companion, an entertainment website that also does movie reviews went on to post their review of the film where the film was slammed by the reviewer and Yami's role was also written about with allegedly mocking tone.

Yami didn't take this too well as she went on to tweet about how she initially used to look up to Film Companion but she doesn't anymore. She specifically went on put a screenshot of a few sentences from the review and marked them by mentioning how she takes constructive criticism in her stride but when a certain platform keeps trying to pull her down, she felt the necessity to speak about it-

She continued, "My recent films & performances include 'A Thursday', 'Bala', 'Uri' etc & yet this is qualified as a 'review' of my work! It's extremely disrespectful!"

She then talked about the hardwork that goes into it as she said, 'It takes years of hard work for anyone & especially a self-made actor like me to keep proving our mettle again & again with every opportunity. This is what it comes down to from certain reputed portals!'

On a concluding note, she said, "It's heartbreaking since I did look up to @FilmCompanion once upon a time, like many of us, but I don't seek that since long now! I would request you not to 'review' my performance henceforth ! I'll find grace in that & it'll be less painful."-

The said portal went on to apologise to Yami for how she felt but also added that they didn't mean any disrespect. Keep reading this space for further updates.

+ 15
8 months ago Film companion deserves that they are biased

+ 8
8 months ago I think Yami overreacted