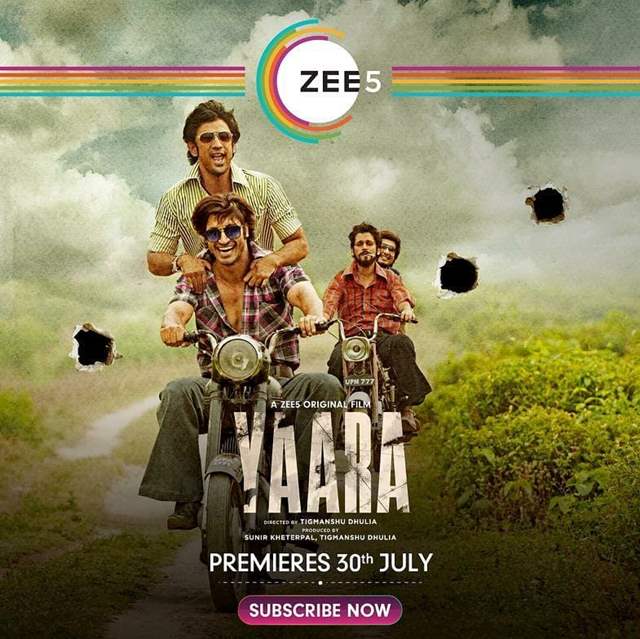 This Friendship Day, audience will get a glimpse into the world of ‘YAARA’ on 30th July. ZEE5 exclusively released the teaser on their social media giving the audience a first glimpse into this unforgettable story about friendship between four notorious criminals.

This stimulating and thrilling teaser takes you back in time on an adventurous roller-coaster ride. Starting from four notorious friends in their early teens and rustling operations, who grow up to be the best of friends and eventually partners in crime. But their friendship goes through a test of a lifetime. Will their bond survive this challenge too? ZEE5 will reveal the answers to your questions on 30th July.

'YAARA' is a crime drama that tests an enduring friendship between four notorious criminals. Set in the backdrop of North India, the narrative is wrapped in a thin sheet of history. This ZEE5 original film is a fun, stimulating and thrilling tale that will take you back in time in UP to witness the rise and fall of the ????? ???? of 4 friends rustling operations across the Nepal-India border. The movie is a licensed adaptation of the French Feature Film “A Gang Story".

One of the most anticipated premieres on ZEE5, a Tigmanshu Dhulia directorial. YAARA is a crime drama that has a stellar ensemble cast of Vidyut Jammwal, Amit Sadh, Vijay Varma, Kenny Basumatary, Shruti Haasan and Sanjay Mishra in pivotal roles. Produced by Sunir Kheterpal for Azure Entertainment. #YaaraOnZEE5 #FriendshipDay

Have a look at the teaser:

Sanjay Dutt's Official Statement after being Rushed to the ...
40 minutes ago