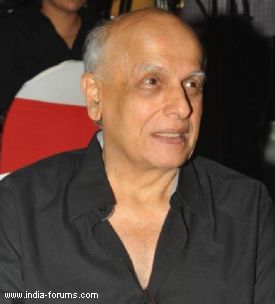 Filmmaker Mahesh Bhatt, who is supporting and co-producing "Ya Rab", a film based on religious fundamentalists in Islam, says the movie faced a lot of trouble with the Censor Board as the board's examining committee was not ready to clear it with a U/A certificate.

"The film ("Ya Rab") had a tough time at the Censor Board," Mahesh Bhatt, who is co-producing the film under his banner "Vishesh Films", said here Tuesday at the launch of the first look of the film.

"The examining committee (of Central Board of Film Certification) refused to see the film and give it the certificate that we wanted. We wanted U/A certificate for the film but the Censor Board was not willing to do so unless some cuts were done. The revising committee got cold feet," he added.

It was then that Bhatt and the makers of the film decided to go to the Tribunal to seek a U/A certificate for the film.

"Finally me and director Hasnain Hyderabadwala went to the Tribunal and thank god, India has people who have integrity, who have courage. There Lalit Bhasin, who was heading the Tribunal, looked at Hasnain with awe and said 'you have made a brilliant film. I think India needs to see this film'," Bhatt recalled.

"Ya Rab" shows the battle between two ideologies. One group represents the Islamic principle of compassion and respect for human life while the other incites youth to avenge alleged atrocities on Muslims.