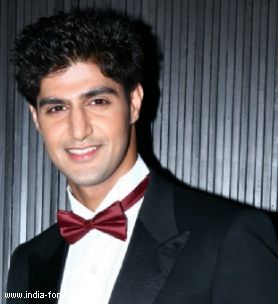 One-film-old Tanuj Virwani, who will be seen sharing the screen with his mother and yesteryear actress Rati Agnihotri in the forthcoming film "Purani Jeans", understands his responsibilities as an actor but does not feel any pressure to deliver at par with his mother.

But at the same time he would ensure that he doesn't demean his mother's name in anyway.

"Being a star kid, there is an added sense of responsibility because my mother, who has been a part of the industry for 36 years now, had such a wonderful career and such a wonderful name," Tanuj, who made his acting debut with 2013 film "Love U Soniyo", said.

"In any way, I would not like to demean that. So there is a sense of responsibility and there is no pressure," he added.

Rati is known for her memorable roles in films like "Ek Duuje Ke Liye" and "Tawaif", among others. In "Purani Jeans", she will be seen as Tanuj's mother.

The young actor sees this "added responsibility" in a positive way and said: "There are two ways I can go about it - either I can buckle up under pressure and then I will not be able to perform well or I can use that to my advantage that this is a challenge that life has thrown at me to go out there and make the most of it."

Directed by Tanushri Chatterji Bassu, "Purani Jeans" is about friendship and growing up and also stars Aditya Seal and Izabelle Leite in the lead roles.

It is set to release May 2.