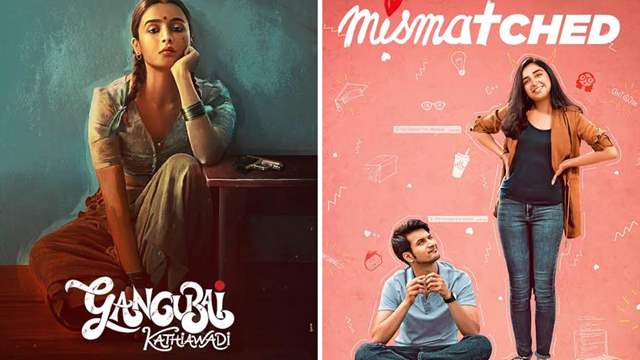 Films based on books

For as long as one can remember, books have been our friends that take us through a whirlwind of emotions, travel and characters that etch a mark inside of us for the rest of our lives. Also for years, producers have tried to turn many bookstore gems into successful screen adaptations. While today, a day that marks World Book Day with its theme to “share story”, let’s take a look at the latest list of upcoming and enthralling adaptations of books into films and series which one absolutely must look out for.

First Agatha Christie novel adapted for the screens in India

A protean filmmaker, Vishal Bhardwaj is the first Indian to have acquired the rights of a novel by the world’s best-selling crime and detective novelist and playwright, Agatha Christie. While the details of which novel is being adapted, as well as the cast of the project, are yet to be revealed, Agatha Christie Limited, which looks after the author’s estate, has franchised her stories to an Indian filmmaker. Hoping to begin filming this year itself, Bhardwaj is currently busy working on the script of the crime thriller.

Netflix’s Mismatched Season 1 garnered immense popularity and was one of the top-rated shows on the OTT platform. Now, the series has been renewed for its second season and just like its predecessor, is also adapted from a book by Sandhya Menon called ‘When Dimple Met Rishi’. While the book is an American young adult novel published in 2017, Mismatched is a coming-of-age drama and romantic series based in India whose second season will pick up from where it left off, hence enticing its viewers further who are sincerely waiting impatiently. 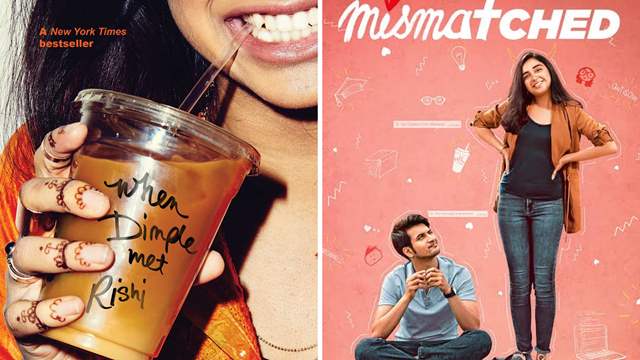 Directed by Tigmanshu Dhulia, the best-selling 2016 book is currently in its production stage of being adapted into a web series starring Richa Chadha and Pratik Gandhi. Vikas’ second novel known to be written in a rather charmingly unconventional way, the story is a murder mystery unraveling the lives and motives of six suspects. Apart from the story, the other main reason to look out for this series is the fantastic lead pairing of mega-talented actors Richa and Pratik, who will be acting opposite each other for the very first time. 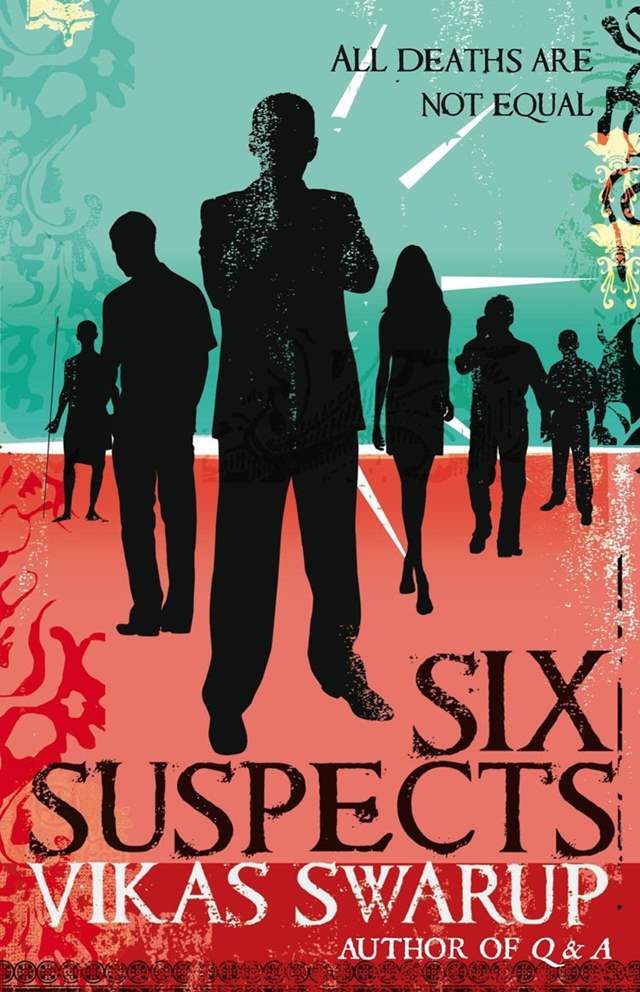 Directed by Sanjay Leela Bhansali, one of the most awaited films to hit the big screens is Alia Bhatt starrer Gangubai Kathiawadi, a story focusing on the life of Gangubai Kithewali. Based on a chapter of Hussain Zaidi's book, ‘Mafia Queens of Mumbai’, the trailer of the film has already generated a lot of love and appreciation. While Alia will share the screen with Shantanu Maheshwari, Vijay Raaz, and Seema Pahwa, according to various sources, the film is expected to be released on Diwali this year and will also have special cameos by Ajay Devgan, Imraan Hashmi, and Huma Qureshi, making it a must-watch of the season. 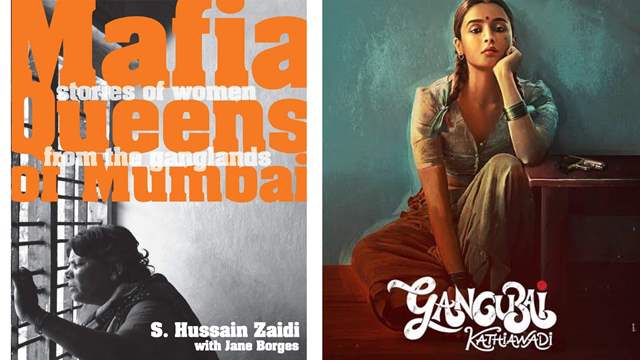 ‘The Double Life of Ramalinga Raju’ by Kingshuk Nag

Renowned production house Applause Entertainment, a venture of Aditya Birla Group, will be adapting the business biopic based on the book into a film. ‘The Double Life of Ramalinga Raju’ captures the life of former Chairman and CEO of Satyam Computer Services, Ramalinga Raju. Nagesh Kukunoor, acclaimed film director and National award recipient, has been roped in for the project. The bilingual series that will be available on SonyLIV will hit the floors soon and is currently under development.

The country’s OG heartthrob, Hrithik Roshan, is all set to star in the Indian adaptation of John Le Carre’s spy drama ‘The Night Manager', a story that revolves around a former soldier working as the night manager of a luxury hotel, who is recruited by a government espionage organization, to infiltrate the inner circle of an arms dealer. Originally played by Tom Hiddleston in the 2016 adaptation, the Bollywood actor will play the Indian version of the character Jonathan Pine. Shot in "Aamchi Mumbai", the film is being produced by Banijay Asia and is expected to be a very fascinating watch for sure. 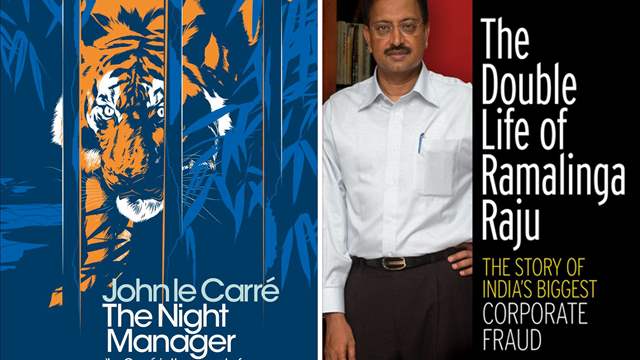 Films based on books

The Legend of Suheldev by Amish Tripathi

Directed by ad filmmaker Senthil Kumar and produced by Wakaoo Films, Casa Media, and Immortal Studios, Amish Tripathi’s book ‘Legend of Suheldev: The King Who Saved India' will soon be adapted into a film. Amish, for whom this is the first book to be adapted into a film, will be working on the movie as a creative producer. While the cast is yet to be revealed, the film will be made on a grand scale with a special focus on war sequences with the use of virtual production technology.

Keepers of Kalachakra by Ashwin Sanghi, Along Came A Spyder by Apeksha Rao, and The Rita Ferreira Series (Bhendi Bazaar, Doosra and Lipstick) by Vish Dhamija

One of the country’s finest and leading production houses, Abundantia Entertainment, acquired the rights of these books this year. ‘Keepers of the Kalachakra’, a fearsome tale of men who guard the ‘Kalachakra’ or The Wheel of Time and overlaps quantum theory with spirituality, is author Ashwin Sanghi’s best-selling book that is set to be adapted as a premium, episodic series. ‘Along Came A Spyder', a young adult thriller about a sisterhood of teen spies by Apeksha Rao is set to be adapted into a series as well under the production house’s content vertical, ‘Filters’, which focuses on the young adult genre. The production house will also adapt Vish Dhamija’s much sought-after ‘Rita Ferreira’ Series which comprises 3 books called Bhendi Bazaar, Doosra, and Lipstick into a multi-season, premium original digital series. Set in Mumbai, these three books follow DCP Rita Ferreira whose methods may be unconventional but her track record is unmatched. 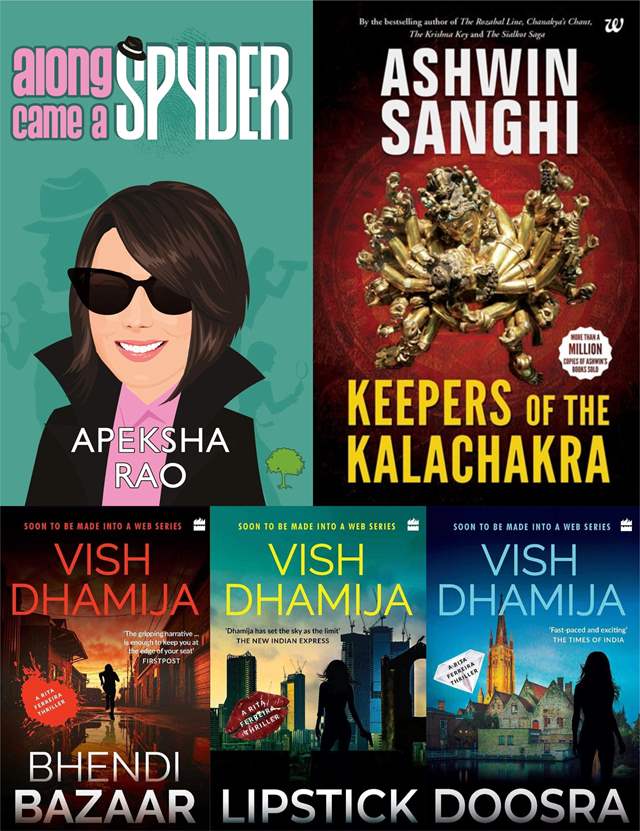 Helmed by noted playwright, author, and filmmaker Sachin Kundalkar, his book of the same title, ‘Cobalt Blue’, is being turned into a Hindi-English film to be released on Netflix. Actor Poornima Indrajith is a part of the project while Prateik Babbar also features prominently in the film's cast alongside Poornima, Anjali Shivaraman, and Neelay. First published in Marathi in 2006 and then re-written in English by Jerry Pinto, the book, as well as the film, is a story of a brother and sister who fall in love with the same man, ensuing events shatter a traditional Marathi family.

'Kanpur Khoofiya Pvt Limited’ by Richa Mukherjee, ‘Lioness: The Last Queen’ by Chitra Banerjee Divakaruni, ‘The Sane Pschyopath’ by Salil Desai, and ‘You Beneath Your Skin’ by Damyanti Biswas

Endemol Shine India has acquired the rights to the aforementioned list of books for their screen adaptations. Being author Richa Mukherjee’s first-ever option deal, ‘Kanpur Khoofiya Pvt Limited’ is a crime-fiction adventure laced with humor and intrigue, whereas Chitra Banerjee Divakaruni’s Lioness: The Last Queen is an unreleased book and a historical novel based on the life of a beautiful, charismatic and hotheaded Indian Queen. Salil Desai’s novel ‘The Sane Psychopath’ is inspired by a real incident which is a surprising, psychological tale of a frightening murderous phenomenon. Lastly, Damyanti Biswas’s bestselling Indian crime novel ‘You Beneath Your Skin’ will be developed into a multi-part drama series, with all proceeds from the option going towards social enterprises in the author’s native New Delhi. 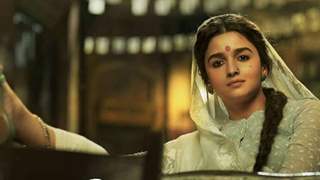