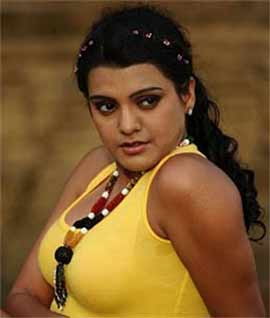 Southern actress Tashu Kaushik, who has teamed up for the second time with director Rajesh Nair for upcoming Malayalam thriller "Escape From Uganda", says such collaboration results in increased expectations of the viewers.

"Expectation levels are bound to go high when you work with the same director again. If audiences have already appreciated the collaboration, then they will have high expectations from the team," Tashu told IANS.

Tashu and Rajesh had earlier worked together in Malayalam romantic-drama "Annum Innum Ennum".

"Expectations also depend on the character one essays in the film. If I were to play a smaller role in the second film, then expectation level will be low. Likewise, if I get to play a strong role, it automatically draws high expectation," she said.

On the brighter side, working with same director also makes an actor comfortable, said Tashu.

"Your comfort level is high when you work with the same director again. You get used to his working style and enjoy the work," she added.

Bigg Boss 14: Kavita Kaushik shuns reports of being a part of the show

"Sushant Singh Rajput died by Strangulation and Not ...
37 minutes ago

Roadies Revolution: Double eviction and many more surprises ...
43 minutes ago