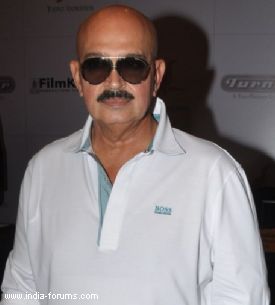 Actor-filmmaker Rakesh Roshan, who is basking in the success of "Krrish 3", said that he will make a 3D film only when he is confident of not doing a sloppy job with the technology.

Hrithik Roshan-starrer "Krrish 3" was supposed to be released in 3D but the idea was dropped eventually.

"We wanted to release 'Krrish 3' in 3D format but we didn't have the time for it. Moreover, I dropped the idea because I didn't want to give a bad product. I will only make a 3D film when I'm certain that the output will be good," Rakesh told IANS.

"I don't want to make a film in 3D just because people want to watch. Only when I know I will get it right, will I try using the format," he added.

'Naagin 5' To Welcome Two New Entries in The Form of Karan ...
33 minutes ago