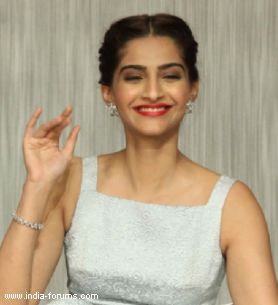 "Women need to be smart, nobody is going to empower them," said Sonam Kapoor, a talented and outspoken actor, while expressing her views on the safety of women improving after the national elections.

"Women need to be smart about themselves. Nobody is going to empower them," Sonam told IANS in an interview, responding to a query whether things will change for women in India in terms of safety and equality post-election.

"If we want change, we need to be the change. We can't expect to talk about it and do nothing about it," added the actress, who is the daughter of well-known actor-filmmaker Anil Kapoor.

The election will involve 814 million voters, who are hoping to see positive change in the country after the polls, but the 28-year-old, tagged as the Bollywood's style diva, begs to differ.

Known for her candour, she feels that in the battle of the ballot, there is no place for "dignity".

"Being extremely honest, I want to be optimistic about it (politics), but I am going to be realistic about it. I think changes will come very slowly. I hate to be not diplomatic, but that's what it is. That's how our country is working right now," she said.

"Who do we vote for? Who do we speak to? It's become a circus. It's obnoxious. The kind of fight that is happening in the political arena, I think it's dirty... there is no dignity left to it," said the actress.

A staggering 100 million first-time voters would be casting their ballot in the April-May polls, whose results would be declared May 16.

In the last few years crime against women has been on the rise and voters are hoping for a constructive change in this regard.

"Forget women, looking at the larger picture, if this is how they are going to fight, it's mud-slinging and it's extremely immature. It is like high school election. It's very silly," she said.

However, she feels "if more people will vote, may be slowly and steadily there will be a change".

In terms of equality, actresses are not on a par with their male counterparts when it comes to remuneration in showbiz.

"Things for actresses have not changed. To be very honest, people are trying, everybody is trying and that's the best thing," said the actress, who comes from an affluent film family.

She agrees that the remuneration bar should be upped, but feels that she is not the right person to talk about it.

"Like I said, we need to do it. It's easy for me to make these choices because I have got a comfortable background. So I am going to be the last person to be judgmental about anybody.

"I am not even trying to be modest about it. There are people who can do it. Those who are strong in this industry - like successful girls right now - Deepika Padukone, Anushka Sharma, Sonakshi Sinha - they can voice their opinion. I have a long way to go," she said.

However, she pointed out that filmmaking is a business and remuneration is directly linked to box-office profits.

Is the profit margin shared with actors and actresses?

"You get the profit margin if you are the lead of the film and if the film is being sold on your name, then you do get it. It's that's up to you and your lawyers, agents, etc. So you can be smart about it."