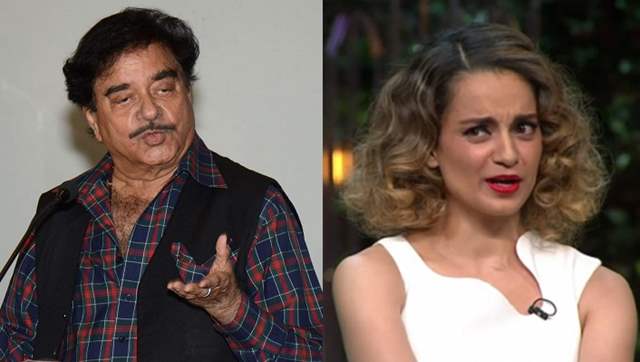 After the death of Sushant Singh Rajput, the issue of nepotism has again been spoken about in the film industry.  Actress Kangana Ranaut, who has been vocal about the issue since the beginning, once again targeted the Bollywood mafia and revealed how these people ruin both career and lives of outsiders by ganging up against them.

After her recent interview where she openly spoke about this, the entire industry turned against the actress. Famous politician and actor Shatrughan Sinha has now given his opinions on the entire industry vs Kangana situation. He said that he has always supported Kangana and will continue to do so.

He feels most of the people speak against her because they are jealous of her, "Most of the people I see, they speak against Kangana because from the inside they are very jealous of Kangana that without our mercy, without our will, without joining our groups or without any blessings from us, this girl has gone too far and achieved so much without any push of ours. They are irritated and jealous of her success and bravery," he ends.

Tippy-top 3 months ago Actually good. Did he say positive things about her before? Anyways good.

RapChick101 3 months ago At least he acknowledges what is, and sticks to it even when sonakshi is too bearing the hatred that’s coming her way (out of which the only thing justified a bit is that she’s not as good of an actress but is privileged, the death threats are toxic and unnecessary).