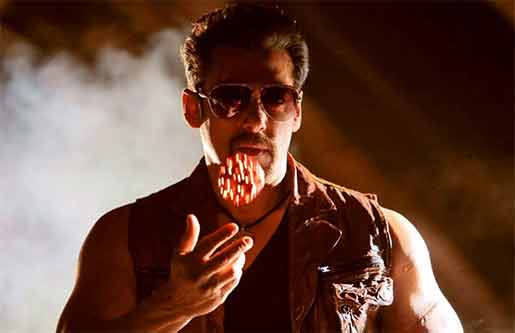 Superstar Salman Khan's "Kick" is set to kick up a storm. The action thriller will hit over 5,000 screens in India Friday as well as 42 other countries including non-traditional markets like France, Germany, Morocco and Maldives.

"Yes, Kick is one of the films which will get the widest release. In India, the film has got around 4,400 screens and close to 700 screens abroad, which is outstanding," distributor Rajesh Thadani of Multimedia Combines told IANS.

If the film's high point is Salman, there is another highlight - "Kick" marks the directorial debut of Sajid Nadiadwala, known for producing the biggest potboilers like "Housefull" and "Heropanti" as well as "2 States" and "Highway".

The makers are hoping to cash in on the Eid celebrations by releasing it during the festive season.

"This time Salman Khan is back on Eid with Sajid Nadiadwala's 'Kick' and we are hoping to recreate the magic and success of his earlier movies during this period," said Amrita Pandey, VP and Head, Marketing & Distribution, Studios, Disney India.

"It will release in over 42 countries, which includes non-traditional markets like France, Germany, Morocco and Maldives.

"We are also exploring delayed releases in Egypt, Taiwan and China. Eid is a family occasion and we want to give people a reason to celebrate it with 'Kick'," added Pandey.

The advance bookings for "Kick" started Wednesday and Thadani says that the data promises a bumper opening for the movie which stars Sri Lankan actress Jacqueline Fernandez as the female lead.

"As far as the advance booking is concerned, the film is going on full swing be it single screens or multiplex. I am confident the film will have a bumper opening," he said.

Sanjay Ghai from Mukta Arts Delhi said: "The Friday shows have already been booked and we hope the film will be beyond a blockbuster."

According to reports, "Kick" is sold out in Dubai too.

In the past, Salman's Eid releases "Wanted" and "Ek Tha Tiger" turned out to be gold spinners.